This is NOT a Military article, but I did research on Rules Of Engagement for the Military and was shocked. The rules are so confining and so defensive that it is dangerous, so before getting to the theme of the article let me state unequivocally MY Military R.O.E. :

NOW, TO THE ACTUAL ARTICLE…

The R.O.E. For Victory

Over the last 2 weeks I’ve seen extreme reactions on The Left, wholly emotional, irrational, filled with invective, insults, name-calling, profanity and personal attacks. I’ve also seen the same on The Right. The Left is wholly devoid of morals, integrity, honesty, virtue, and logic; The Left is emotion based, centered on greed, pride, laziness, covetousness, fear, hate, and must lie to 1) conceal their true beliefs and intent, 2) get anyone to listen to them at all. The Right Is logic based, centered on Life, Liberty, The Pursuit of Happiness, what is right, moral, just, and good; hence The Right does NOT need to remember their lies, because we proudly and honestly state what we believe and WHY we believe it.

For a tutorial on Conservatism see:

Layers Of An Onion

A Return To Constitutional Conservatism.

In those 4 articles you will see Conservatism clearly defined and proudly defended.

“But what is Liberalism?”

In short Liberalism is ANY view, principle, value, and/or issue that is NOT Conservative.

Other names, titles for Conservative:

Other names, titles for Liberalism:

By the way, Trump IS a Liberal.

First thing that I noticed in the last two weeks…

NEVER go alone into enemy territory, make yourself KNOWN as the enemy, cause as much a stink as you can with as many as you can and think you’ll come out unscathed.

This poor Liberal/TrumpTard came into a civil Conservative discussion and set about to anger everyone, and then blubber about being a victim when we didn’t like it and defended our views and ourselves.

So-called fence riders are worse than naked Liberals/TrumpTards. A Liberal who says they are Liberal is at least in that respect HONEST.

BUT someone who claims to be “one of you”, in this case a Conservative, and then argues against Conservatism and for Liberalism IS a stealth Liberal, a traitor. ALL that fence riders do is muddy the waters and confuse the issue with smoke-n-mirror tactics.

“A nation can survive its fools, and even the ambitious. But it cannot survive treason from within. An enemy at the gates is less formidable, for he is known and carries his banner openly. But the traitor moves amongst those within the gate freely, his sly whispers rustling through all the alleys, heard in the very halls of government itself. For the traitor appears not a traitor; he speaks in accents familiar to his victims, and he wears their face and their arguments, he appeals to the baseness that lies deep in the hearts of all men. He rots the soul of a nation, he works secretly and unknown in the night to undermine the pillars of the city, he infects the body politic so that it can no longer resist. A murderer is less to fear.”

NEXT, A FULL BLOWN LIBTARD COMES INTO ANOTHER DISCUSSION WITH US AND, WELL…KEEP READING…

A man wearing a skirt with a rainbow flag behind him as his Twitter profile pic (not kidding) interjects himself into our already ongoing conversation and calls us names, calls us losers, and then for two DAYS vacillates between claiming to be a #NEVERTRUMPer too and DEFENDING Trump, ALL while attacking all of us.

What happened here, after the last attack is we went full counter-attack QUICK, HARD AND FAST on him. I am all for strongly fighting for what I believe in…but I noticed some on my side began to use profanity and very degrading speech. I backed off. I stood down. Today this LibTard is still at it for the 3rd day! The ones who were going over the top with profanity were not present, so I, sans profanity, lit into him.

So with those two recent events as backdrop let me set forth MY R.O.E. FOR VICTORY: 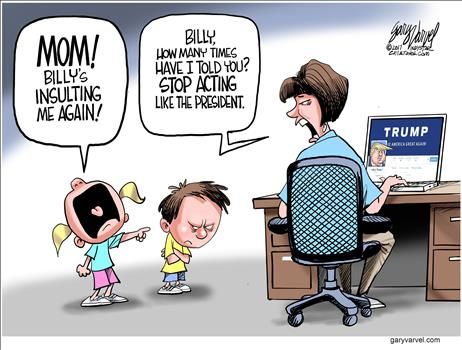 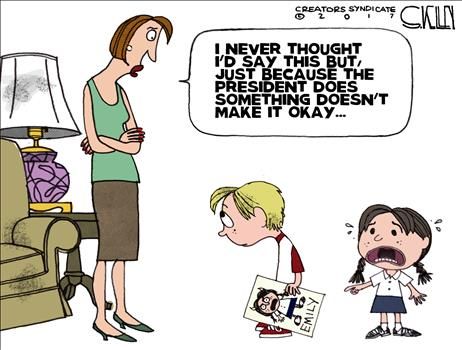 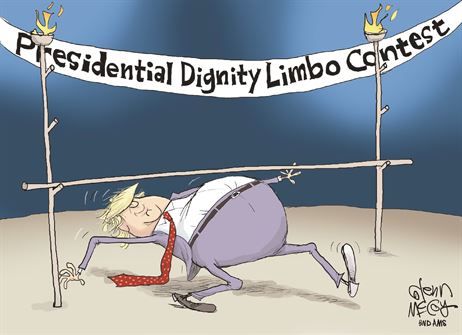