Mediocre CRTV host blessed to work in an industry built on killer anti-CNN memes. Praying fervently that “but Hillary” lasts even longer than “blame Bush.”

Steve Deace is a nationally-syndicated radio host heard each weekday in top markets from coast-to-coast. The national media recognize Deace as an influential voice in his home state of Iowa’s first in the nation presidential caucuses. He’s frequently quoted in the national media on political and cultural issue. Deace has also appeared on all the major cable news networks and writes for the Washington Times, USA Today, and Conservative Review. Deace lives in Iowa with his wife, Amy, and their three children, Anastasia, Zoe, and Noah.

On the right side of history. 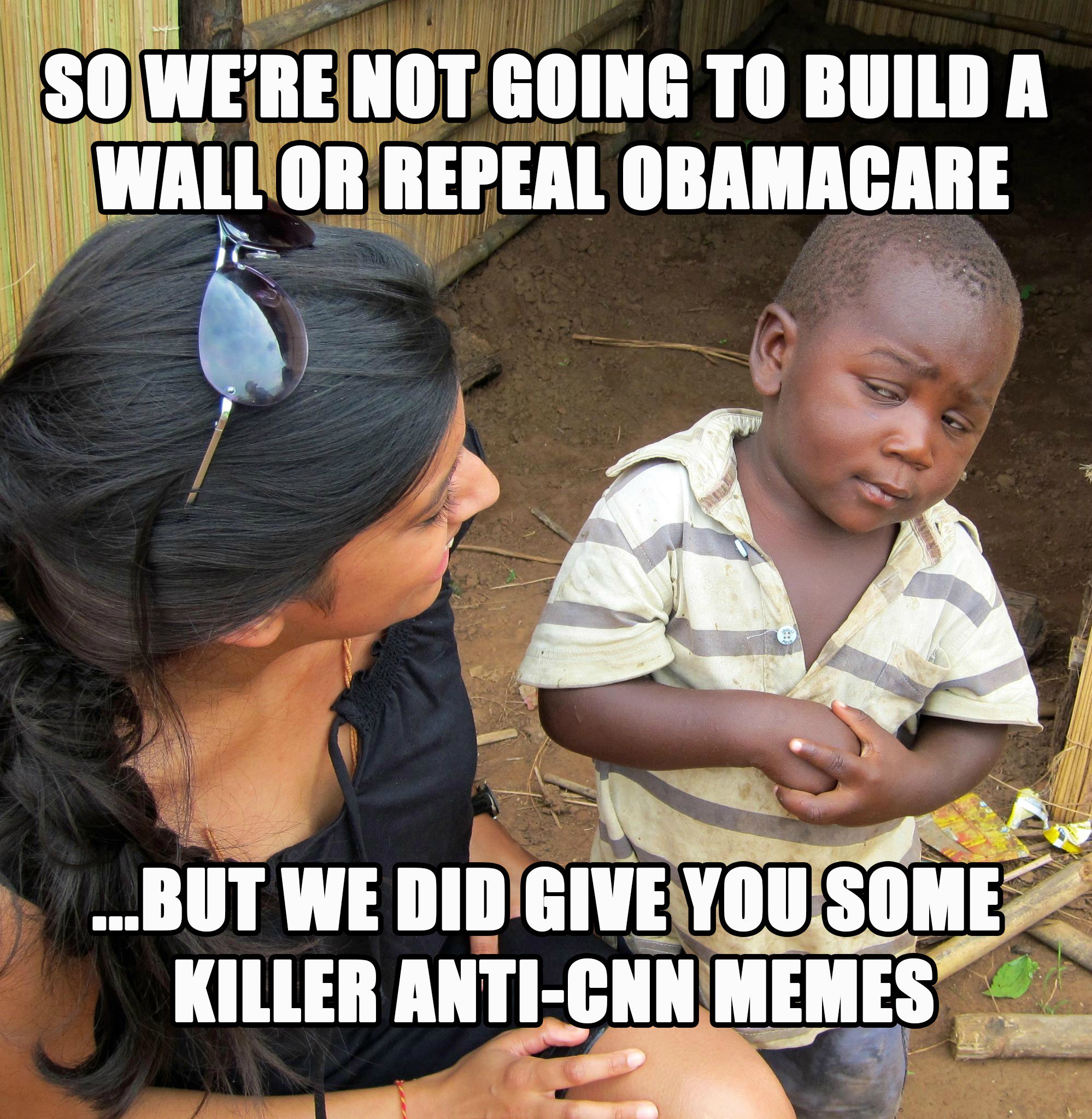 SOME STRONG LANGUAGE IS USED. CAUTION.

Tweet storm coming on “what about Hillary” and “drain the swamp.”

1) I agree Hillary should be investigated and charged, and is probably guilty of a crime.

2) I repeat — I agree Hillary should be investigated and charged, and is probably guilty of a crime.

3) However, when “what about Hillary” is your response every time I post something about the Mueller probe, it tells me 1 of 2 things.

4) First, it tells me you’re uninformed about how your government works. The AG and FBI director both report to Trump.

5) Heck, they’re both even appointed by Trump. So if you want Hillary investigated, stop asking the Washington Post “what about Hillary?”

6) Why the hell have the “liberal media” investigate Hillary, when you have the whole damned justice department at your disposal?

7) CNN can’t charge Hillary, but Sessions & Wray can. So go to them & Trump. Stop complaining about “media bias” when you have real power.

8) The second thing this reflex “what about Hillary” reply tells me is you’re just not serious about what you believe.

9) Because you won’t take yes for an answer. And when I tell you how to get what you want, you ignore me and just continue the mantra.

10 This signifies you’re not serious about Hillary or anything else, but just love right-wing victimology.

11) You would rather bitch and moan on social media about media bias as your default setting, rather than actually you use the power u have.

12) Too many of act as if you lost the election & have no power. That Trump is a victim, when he’s the most powerful freaking man on earth.

14) Instead of complaining about those you’ve already beaten, demand those you beat them with keep their promises to you.

16) Trump has been president for 7 months. Why is the swamp not drained?

17) Why are so many Obama people still in power at State and Defense?

18) Because those Obama holdovers are likely the ones doing most of the leaks, the media wouldn’t have if Trump actually drained the swamp.

19) So why the hell are you complaining at CNN and WAPO links when Trump has the power to find and fire the leakers?

20) Serious question: if a guy can’t even drain his own administration of punitive leakers, how’s he gonna do anything he promised you?

21) But again, most of you would rather complain about those against you rather than ask those allegedly for you to do their damned jobs.

22) Because nothing says drain the swamp like Trump endorsing supreme cucks in red state primaries like #ALSEN.

23) Again, either he’s not serious about this drain the swamp stuff, neither are you, or both. You just want to bitch and not govern.

24) So either you’re a snowflake on the Right, or you’re a patriot. You can’t be both.

[NOTE: Here Steve Deace uses their own lingo against them. In truth, what DT and his gaggle of NY Liberal, Useless Idiots call “snowflakes” ARE the ones who ARE the true Conservatives and real Patriots. As You read the following notice that the “snowflake” most closely identifies with “DT & His #TrumpCult , whereas Patriot is aligned with REAL Conservatives and TRUE Patriots. ]

25) The patriot obtains power for the purposes of using it. The snowflake ignores the power they have to whine like a little bitch.

26) The patriot actually does something to make America great again. The snowflake bitches and moans about when it used to be.

27) Prove people like me wrong. Prove to us you’re not a cult. Prove to us Trump is whom you’ve claimed he is. FREAKING GOVERN.

28) Until you do so, all you care about is slobbering over Fearless Leader, and getting mad at people like me who refuse to join your cult.

29) And not only will folks like me NEVER join your cult if that’s the case, but we’ll kindly ask you to shove it up your urethras.

My “closing” observation and comments.

[NOTE: As a minister we oftentimes have multiple “closings”, as well as each “closing” can be as long as the opening and middle combined. Suggestion: use a calendar rather than a clock to time us. ]

The erosion of America and our Constitution, our Biblical grounding has been a long, slow, almost, imperceptible one. It began in earnest under Woodrow Wilson, DEMOCRAT & KKK RACIST, in 1912. “Woodie” “blessed” America with the unConstitutional Federal Reserve, IRS, and the Income Tax. Every bit of that is both unConstitutional and fully Marxist. That began our tax-n-spending ourselves into oblivion.

With the debt sped up, and increasing annually, that made the Marxist entitlements and welfare programs begun by DEMOCRATS Herbert Hoover and FDR seem like solutions…BUT seem like “solutions” ONLY to those who:

ONLY with Coolidge, to certain extent Eisenhower, and with Reagan was this slowed, but never fully stopped.

And with the DEMOCRAT Presidents and/or Congresses, and with R.I.N.O.S as well, the gas pedal was pressed DOWN as America careened toward oblivion and destruction. Especially with LBJ, Nixon, Carter, Clinton, and Obama.

The event that sped America’s race to annihilation was in 1962 when The Supreme Court ruled, and BANNED, God, prayer, The Bible, The 10 Commandments, and Jesus, from all public schools and public lands and areas.

Until then I’ll keep praying, proclaiming, educating, and working til Jesus comes…