No matter how DT and his Hard-Left Cabal of Marxist Morons try to defend, deflect, ignore, and deny there is any wrongful, and illegal ties to Putin-Russian Mob…not only is the research and reporting NOT going away, BUT the scandal and cloud of treason GROWS!

WITNESS just these three stories alone! [NOTE: Each article has a link to full and original source.] 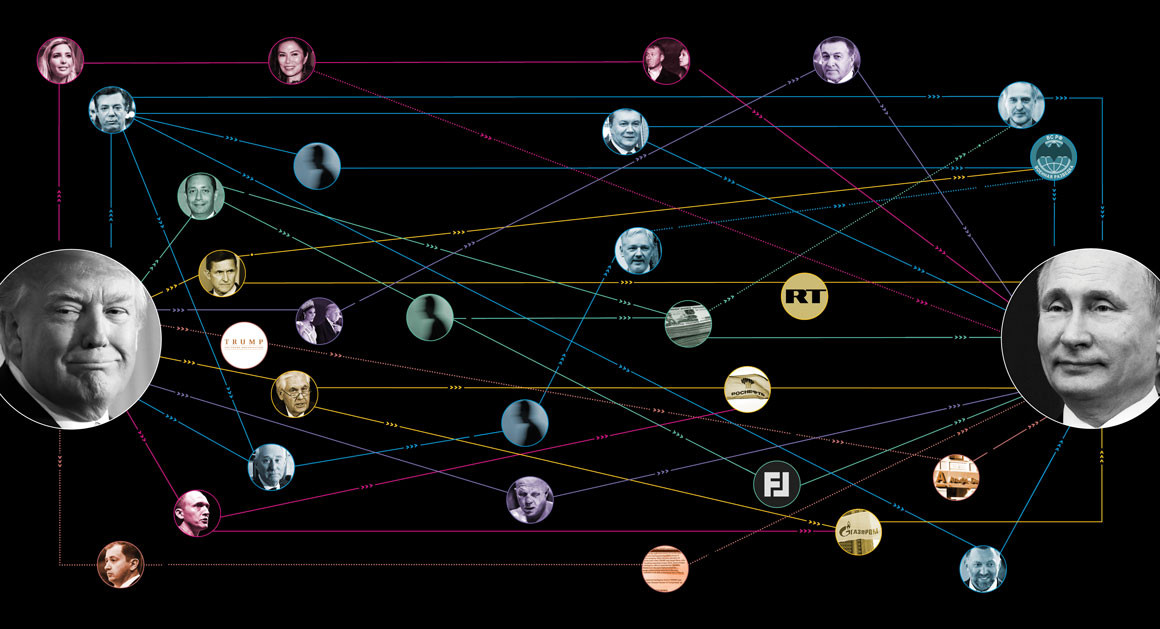 The Trump-Putin-Russian Mob Ties In 7 Charts

Interactive Timeline: Everything We Know About Russia and President Trump

Explore our updated, comprehensive Trump-Russia Timeline — or select one of the central players in the Trump-Russia saga to see what we know about them.

What prompted this was this Twitter Storm by Casey Michel:

A couple quick findings from @ru_rbc‘s bombshell report on Russian social media operations during the US election:

1. The social media accounts run by Russia’s troll factory reached some 30 million people each week during the height of the 2016 campaign:

2. About 100 unwitting Americans were paid to help stage some 40 events across the U.S., organized by these Russian social media accounts:

4. One of the fake Russian accounts the @ru_rbc focuses on is BlackMattersUS, which  @thinkprogress  broke last week:

5. One of the fake Russian accounts saw its tweets work their way into stories from Yahoo, Al Jazeera, Business Insider, BBC:

6. Many of the largest fake Russian accounts have been identified so far, but @ru_rbc has identified a few more – these are the accounts focused on race:

7. Among the largest fake Russian accounts focused on politics, the “Army of Jesus” and “South United” accounts hadn’t been previously reported:

10. The most popular Twitter account identified as Russian by the RBK investigation was @TEN_GOP, which had previously made its way into The Daily Beast, HuffPo, Fox News, Vocativ, etc.

SPREAD THE WORD. @TEN_GOP was suspended for no reason! @ELEVEN_GOP is the backup account. RETWEET this and give them a follow!

11. And for @PostOpinions, I wrote about what it was like to follow one of these fake Russian accounts since early 2016: SOURCE

13. Last month, Trump publicly thanked a Twitter account that said it was run by the folks behind what we now know are Russian accounts: 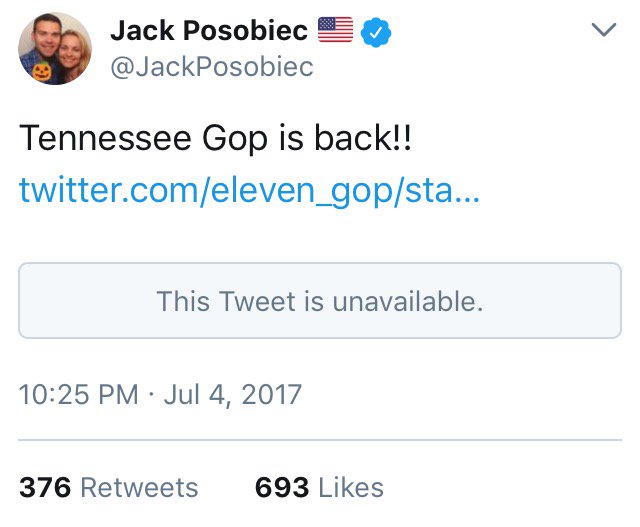 While DT is engaged and embroiled in scandal after scandal the world is still menacing and threatening US…and DT is ONLY aggravating it and make it worse!

North Korea: Nuclear War May Break Out ‘Any Moment‘

Official says diplomacy not an option until missile perfected

The nuclear-powered submarine USS Michigan approaches a naval base in Busan, South Korea, amid North Korea’s nuclear and missile provocations on Friday.   (Ha Kyung-min/Newsis via AP)

(NEWSER) – North Korea had hoped for a nuclear-free world, the country’s deputy United Nations ambassador claimed Monday—but because of the “extreme” threat from the US, the country has been forced to become a “full-fledged” nuclear power. Kim In Ryong, speaking to the UN’s disarmament committee, warned that the situation on the Korean Peninsula is now so tense that “a nuclear war may break out any moment,” the AP reports. “The entire US mainland is within our firing range, and if the US dares to invade our sacred territory even an inch, it will not escape our severe punishment in any part of the globe,” said Kim, who warned that North Korea “possesses the delivery means of various ranges, including the atomic bomb, H-bomb, and intercontinental ballistic rockets.”

Kim said that until the “nuclear threat of the US is thoroughly eradicated,” Pyongyang “will never put our nuclear weapons and ballistic rockets on the negotiating table under any circumstances.” A day earlier, Secretary of State Rex Tillerson said that despite North Korean threats, “diplomatic efforts will continue until the first bomb drops.” A North Korean official tells CNN that Pyongyang hasn’t completely ruled out diplomacy—but before entering talks, it wants to perfect a long-range intercontinental missile capable of reaching the US East Coast. Sanctions, meanwhile, are still tightening: Russian President Vladimir Putin said Monday that Moscow is cutting ties to North Korea to comply with new UN sanctions. (President Trump might visit the DMZ on his Asia trip next month.)

==============
VIDEO #1
VIDEO #2
FIRST VIDEO IS A VERY SAD LOVE SONG.
THE 2ND VIDEO IS “WEIRD AL”…
So, while we are facing THE BIGGEST bait-n-switch, smoke-n-mirrors, dog-n-pony show EVER to distract us the world is racing toward Armageddon.