Twitter Patriot and Conservative, Rick Wilson, has been on this too:

Who told you MONTHS ago Mike Flynn would flip?

What I believe is that you’re in a rising state of panic about Mike Flynn squealing. Remember when you promised to cover his legal fees and didn’t do it? Yeah. Genius move, Don.

Can you believe that the disrespect for our Country, our Flag, our Anthem continues without penalty to the players. The Commissioner has lost control of the hemorrhaging league. Players are the boss!

1/ The most delicious moment in the coming days? When the thousands and thousands of pro-Trump MAGA accounts (bots and real) who thought Mike Flynn was…

2/ …an American hero turn on him. The Orwellian level of unpersonhood Flynn will achieve will be epic. “He was against Trump ALL ALONG.” “Flynn was DEEP STATE…” “TIED TO SOROS…”

3/ None of the MAGA types will even recognize the irony of their instant flip from loving Flynn to hating him.

I was speculating earlier today when I cited Michael Flynn as a possible example of this proposition—but in light of the news about Flynn’s lawyer calling Trump’s, I do wonder if Trump had Flynn on his mind this morning when he said this.

President Trump to members of the US Coast Guard: “You never know about an ally, an ally can turn.”

President Trump to members of the US Coast Guard: "You never know about an ally, an ally can turn." pic.twitter.com/wb4NhuGQeY 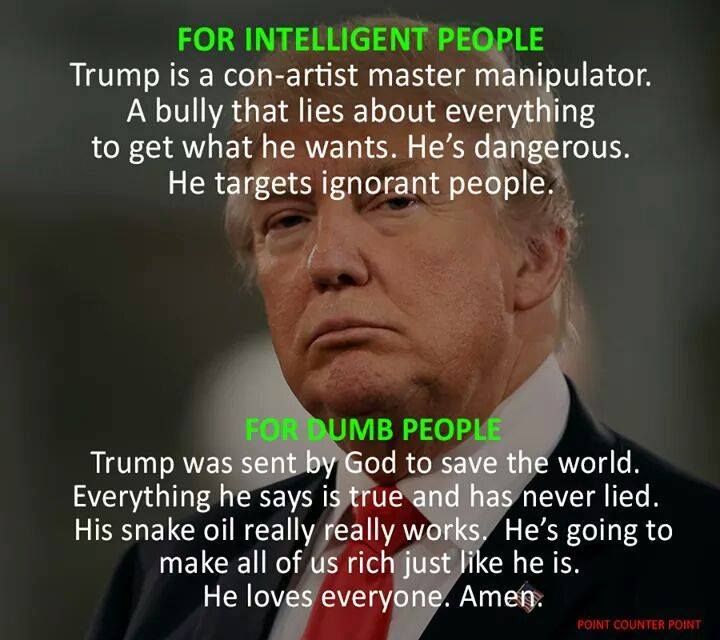 …the difference between Flynn and Trump, Flynn wants to protect his son. I have no doubt Trump would throw Don Jr under the bus in a heart beat if it meant saving his own *ss. Trump would NEVER sacrifice himself for ANYONE, not even his family.

Let’s look a little more closely at what exactly IS going on with Mike Flynn’s Flipping shall we?

The legal team representing former National Security Advisor Mike Flynn has notified President Donald Trump’s own lawyers that they will no longer discuss the investigation currently being conducted by special counsel Robert Mueller, the New York Times reports. The end of Flynn’s legal cooperation with the president’s team indicates that Flynn may be cooperating with prosecutors, or negotiating doing so. Flynn’s defense team had been sharing information related to the investigations with Trump’s lawyers, but recently terminated the agreement. Mueller has been tasked with leading a broadening investigation into Russian interference with the U.S. presidential election in 2016, and examining allegations of collusion between the Russian government and Trump’s campaign and allies. It’s bad when  someone lies at all- period.

Usually though, most people ONLY lie about big things OR to  cover their tracks so no one can link them to a scandal/crime…ugh!

But NOT “our President”.

Time Magazine called to say that I was PROBABLY going to be named “Man (Person) of the Year,” like last year, but I would have to agree to an interview and a major photo shoot. I said probably is no good and took a pass. Thanks anyway!

Time Magazine: Donald Trump is Lying, We Never Spoke To Him

On Friday night, Trump claimed that he received a call from Time Magazine, saying he was “probably” going to be named person of the year.

It turns out, that called never even happened. Shortly after Trump made the claim Time took to Twitter themselves to correct the president’s version of events.

“The President is incorrect about how we choose Person of the Year. TIME does not comment on our choice until publication, which is December 6.

BOOM! So there you have it. Trump flat-out lied about even receiving a phone call, let alone the rest of the story about turning the position down.

This isn’t the first time Trump has been caught in a bold-faced lie, and probably won’t be the last.

And, IF the Trump-Putin-Russian Mob scandal, aka TREASON is not enough of a headache for DT…THERE’S THIS:

An explosive new study published by the corporate and government watchdog group Global Witness was released last week, adding an entire new dimension to the unfolding saga of Donald Trump and his shady history of dubious business deals. (Watch video below)

The report uncovers how Trump made millions from licensing his name to a luxury real estate project in Panama used to launder drug money from Latin American cartels. At the very least, Trump appears to have turned a blind eye to the origins of the money used to purchase nearly two-thirds of the condos at the Trump Ocean Club in Panama City.

Real estate is one of the most common investment vehicles for laundering illicit money worldwide. This project was Trump’s first big international licensing deal — and disclosures show that he was still making money from this project when he took office in 2017; more than $75 million to date.

Meanwhile individuals behind some of the sales at this property have gone to prison for colluding with the cartels. But since then Trump has engaged in many similar deals, with large numbers of units being bought by shell companies that don’t have to disclose their true owners. In some cases, notably with the Trump Tower Soho in New York, records show that a large number of luxury apartments were purchased by individuals with ties to the Russian mafia.

So we’re starting to see a pattern, and it’s looking a lot like Donald Trump has longstanding, deep connections to international, organized crime. If nothing else has single-handedly helped them launder billions of dollars in ill-gotten gains. How long will it take before there’s enough incriminating evidence to end this presidency? With a steady drip of damning information like this coming out on a daily basis, it seems unlikely that this can continue for his entire term…

TO SEE WHAT I’VE WRITTEN ABOUT DT, LOOK HERE:

….WHEN DT IS TOO “BUSY”, AKA NEEDS A “FALL GUY” TO TAKE THE BULLET FOR HIM, HE DOES THINGS LIKE THIS:

Trump Jr. met with man with close ties to Kremlin

CBS News has confirmed that Donald Trump Jr. met with Alexander Torshin – a man with close ties to the Kremlin — at an NRA event in May 2016. Torshin had been trying to set up a meeting with then-candidate Donald Trump but ended up being introduced to Mr. Trump’s son.

A source familiar with the meeting says the two men were introduced to each other by a third party and that the conversation only last about two or three minutes. The source says the conversation centered on the men’s mutual interest in firearms and, as far as the source could recollect, there was no discussion of the campaign.

[NOTE: This is PUBLICLY, and the “witness” is Trump Jr.’s ATTORNEY!! This does NOT include the follow up meetings.]

The meeting prompted attention last week when the Senate Judiciary Committeefired off a letter to Jared Kushner and his attorney scolding them for not handing over documents about a “Russian backdoor overture and dinner invite.”  As CBS News reported last Friday, that “dinner invite” came in the form of a lengthy email from an intermediary who said that Torshin wanted to set up a meeting with Mr. Trump and that he was interested in setting up a meeting between Mr. Trump and Russian President Vladimir Putin.  The email was sent to top Trump campaign officials including former campaign chairman Paul Manafort, campaign official Rick Gates and eventually Jared Kushner who is the president’s son-in-law. Kushner’s attorney says his client said to “pass on this” and warned campaign officials to “decline such meetings.”  But in the end Donald Trump Jr. was introduced to Torshin anyway.

In a statement, Alan Futerfas, an attorney representing Trump Jr., downplayed the significance of the encounter. He says Trump Jr. “was attending an NRA convention and having dinner when an acquaintance asked him to say hello to Torshin and made an introduction. Futerfas said, “They made small talk for a few minutes and went back to their separate meals.”

Torshin is the deputy head of Russia’s central bank and reports have also linked him to Russian organized crime. Trump Jr.’s meeting with Torshin took place just under three weeks before the meeting in Trump Tower that is now a focus of the special counsel’s investigation. Trump Jr. agreed to the meeting after he was promised “dirt” on Hillary Clinton.

THIS JACKASS SAID THE FOLLOWING…AND STILL WAS ELECTED AS PRESIDENT!!!!!

2 thoughts on “DT: The Turd In The Punch Bowl”