Kim Warns of ‘Nuclear Button’ on His Desk

NEWSER) – Kim Jong Un’s New Year’s Day speech is being widely described as an “olive branch”—despite the fact that he warned the nuclear button is “always on his table” and bragged that the entire US is now within the range of his country’s nuclear weapons. “This is reality, not a threat,” the North Korean leader said, though he also said he was “open to dialogue” with South Korea and suggested his country might send a delegation to the Winter Olympics being held in the South next month, the BBC reports. He said North Korea will focus on mass-producing nuclear weapons and ballistic missiles in 2018, but these “weapons will be used only if our security is threatened.”

“We should melt the frozen North-South relations,” Kim said, adding that the “Winter Games will be a good opportunity to show unity of the people, and we wish the Games will be a success.” John Delury at Seoul’s Yonsei University tells the Washington Post that Kim’s words “should give hope to those in the South who are trying to get something going and open a channel at least.” He says Kim may be trying to drive a wedge between Seoul and Washington, though the fact that the North Korean leader refrained from insulting President Trump may be a good sign. Asked about Kim’s “nuclear button” remarks by reporters at the Mar-a-Lago New Year’s Eve party, Trump said “We’ll see.”

My take-aways from this:

These Iran Protests Could Be a Very Big Deal

IF, like with North Korea, Trump gets into a “ego snit game of one-upmanship” with Iran, we have yet another enemy WITH NUKES who has PROMISED COUNTLESS TIMES that they WILL use them to OBLITERATE US, ISRAEL, THE WEST, AND, WELL, THE WORLD.

OH, and like with North Korea, Iran is also supported by Russia and China, and by North Korea as well.

Are you beginning to see an emerging pattern? 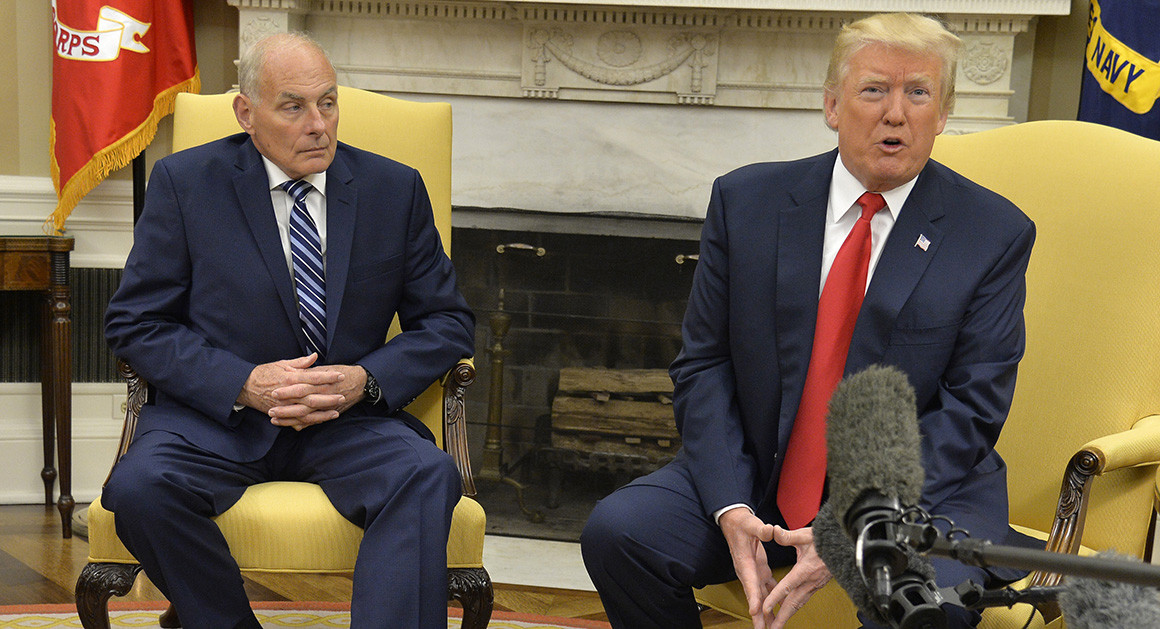 As White House chief of staff, Reince Priebus mused to associates that telling President Donald Trump no was usually not an effective strategy. Telling him “next week” was often the better idea.

Trump would impulsively want to fire someone like Attorney General Jeff Sessions; create a new, wide–ranging policy with far–flung implications, like increasing tariffs on Chinese steel imports; or end a decades–old deal like the North American Free Trade Agreement. Enraged with a TV segment or frustrated after a meandering meeting, the president would order it done immediately.

Delaying the decision would give Priebus and others a chance to change his mind or bring in advisers to speak with Trump — and in some cases, to ensure Trump would drop the idea altogether and move on.

Publicly, the White House has pushed back against Tennessee Republican Sen. Bob Corker’s suggestion that Trump must be managed like a toddler — he called the White House an “adult day care center” on Twitter on Sunday. In a separate New York Times interview, Corker said aides are forced to spend their days trying to keep the president from going off the rails.

But interviews with 10 current and former administration officials, advisers, longtime business associates and others close to Trump describe a process in which they try to install guardrails for a president who goes on gut feeling — and many days are spent managing the president, just as Corker said.

“You either had to just convince him something better was his idea or ignore what he said to do and hoped he forgot about it the next day,” said Barbara Res, a former executive in the Trump Organization.

Did YOU read what I just read??
The WH administration, staff, aides, and close friends HAVE to either:

Boy Howdy! WE ARE IN A WORLD OF HURT TELL YA WHAT!!

Trump’s first 2018 tweet: Pakistan has ‘given us nothing but lies & deceit’

Washington (CNN)In his first tweet of the new year President Donald Trump slammed Pakistan, saying the country has given the US nothing but “lies and deceit.”

“The United States has foolishly given Pakistan more than 33 billion dollars in aid over the last 15 years, and they have given us nothing but lies & deceit, thinking of our leaders as fools,” Trump tweeted Monday morning. “They give safe haven to the terrorists we hunt in Afghanistan, with little help. No more!”
===========

First, IF this were Eisenhower, Reagan, GWB, or even Nixon saying this I’d be comforted that AN ADULT was in charge…NOT a raging, maniacal, egotistical, blathering, NY Liberal Drool-Monkey who is a Marxist Moon-Bat, and Putin Puppet-Pal!!!

Trump seems hell-bent on insulting every Nuclear power ran by “leaders” who challenge him in the EGO department!!! Oh, and that pattern again? Yep. Pakistan supported by Russia and China, and Iran, and North Korea. See how it works? The “Big-2”, Russia and China, have smaller nuclear allies who are basically insane, each either threatening us or in some way defying us. THIS did NOT happen under either Bush, or under Reagan. These were ADULTS. Not even under JFK, Nixon. ADULTS. We may have vastly differed on politics, but they were ADULTS. Trump is NOT, except in age.

It wasn’t the Steele Dossier.

It wasn’t the “Deep State” conspiracy led by Strzok or Ohr.

It was a Trump policy adviser running his mouth to an Australian diplomat that started the Russia investigation.

Put that in your pipe and smoke it.

How the Russia Inquiry [REALLY] Began: A Campaign Aide, Drinks and Talk of Political Dirt

WASHINGTON — During a night of heavy drinking at an upscale London bar in May 2016, George Papadopoulos, a young foreign policy adviser to the Trump campaign, made a startling revelation to Australia’s top diplomat in Britain: Russia had political dirt on Hillary Clinton.

About three weeks earlier, Mr. Papadopoulos had been told that Moscow had thousands of emails that would embarrass Mrs. Clinton, apparently stolen in an effort to try to damage her campaign.

Exactly how much Mr. Papadopoulos said that night at the Kensington Wine Rooms with the Australian, Alexander Downer, is unclear. But two months later, when leaked Democratic emails began appearing online, Australian officials passed the information about Mr. Papadopoulos to their American counterparts, according to four current and former American and foreign officials with direct knowledge of the Australians’ role.

The hacking and the revelation that a member of the Trump campaign may have had inside information about it were driving factors that led the F.B.I. to open an investigation in July 2016 into Russia’s attempts to disrupt the election and whether any of President Trump’s associates conspired…

Conclusion, sort of, (because THIS is NOT over by a long shot.)

As this happens an already unhinged, egotist, narcissist, racist, liar, cheat, adulterer, fraud, and con who just happens to be filling the office of PRESIDENT OF THE UNITED STATES OF AMERICA gets a little edgier and more unhinged. 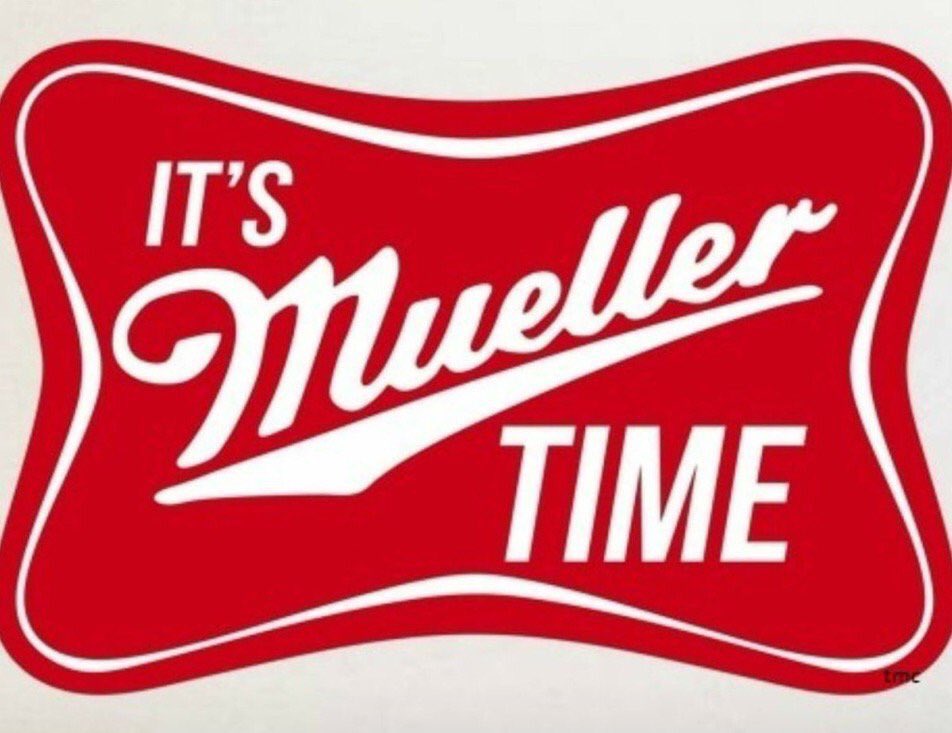 If true; this is Fantastic…please read, you won’t be disappointed.

Unless you are MAGA, which don’t bother;

Just keep eating your own boogers.