Trump says he “has words, all the best words”.

Trump says “I know how to cut deals and get things done”.

Trump says “I’m the ONLY one who can fix it”.

Your kakistocracy is collapsing after its lamentable journey. As the greatest Nation history has known, we have the opportunity to emerge from this nightmare stronger & more committed to ensuring a better life for all Americans, including those you have so tragically deceived.

A kakistocracy (/ˌkækɪsˈtɒkrəsi, -ˈstɒk-/) is a system of government which is run by the worst, least qualified, or most unscrupulous citizens.

[SAID IN REPLY TO TRUMP SAYING THIS:]

James Comey is a proven LEAKER & LIAR. Virtually everyone in Washington thought he should be fired for the terrible job he did-until he was, in fact, fired. He leaked CLASSIFIED information, for which he should be prosecuted. He lied to Congress under OATH. He is a weak and…..

Hey princess, why you so upset? If you’re innocent, you’ve got nothing to worry about

But you aren’t acting like an innocent man. You’re acting guilty as h*ll.

#CadetBoneSpurs you thought you’d come to DC & play with the big boys. Sorry, you’re an infant.

You could resign now & save our country the embarrassment (if you cared about America, that is)

Because, here’s the thing, slick. It’s going to get a whole lot worse. Your chickens are coming home to roost. 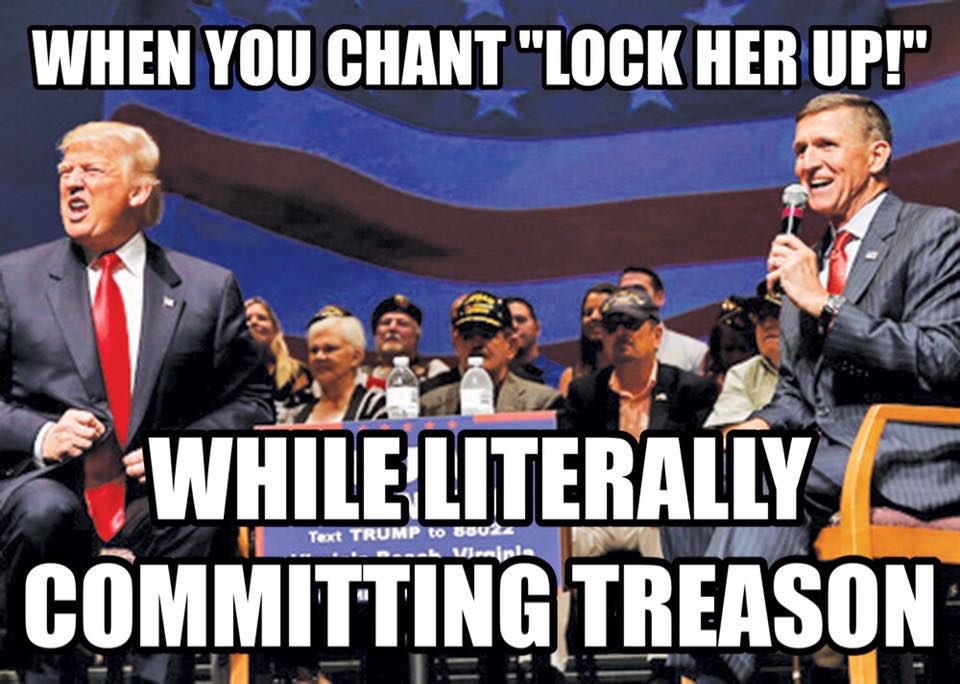 FIRST, LET’S LOOK AT THE WIDE-RANGE OF YAHOOS WHO RUN “DND INTERFERENCE” FOR TRUMP…ARE THEY A RELIABLE, TRUSTWORTHY GROUP TO LISTEN TO? [Note: Defend-N-Deflect.]

Rabidly anti-Muslim, racists. Flynn LIED to the VP, Prez. and Congress about being a Russian/Putin Puppet. Gorka is a card carrying member of The Nazi Party in Hungary, AND is wanted for a gun crime in Hungary. Flynn has represented Turkish and Russian interests against those of the U.S. .

Discredited for his pursuit of conspiracy theories, and [falsely] charging the innocent of crimes that folks HE REPRESENTS are guilty of; claimed(s) that Hillary “will soon face criminal charges”, despite numerous media reports explaining that Clinton is not the target of the FBI’s investigation, which is also not criminal in nature, [NY NOTE: HRC should be investigated independently, and I personally think she’s guilty, BUT she is NOT president and HER guilt doers NOT in one wit exonerate Trump of HIS GUILT in the matters of TREASON]; diGenova has called for [and praised] the firing of Mccabe, Comey, Mueller, Rothenstein, and has attacked and maligned the FBI and Law Enforcement in the investigation of Trump…BUT has shrilling-ly shrieked for the investigation of HRC & BHO. THIS IS pure D-N-D, Defend-N-Deflect.

Lastly, The D-N-D- List includes the complicit “Conservative” media, aka state-run media, including , but not limited to:

ANNE COULTER, (BUT SHE IS HAVING BUYER’S REMORSE, MORE ON THIS LATER)

Aaaaaaannddd,
Fox News host and former Westchester District Attorney Jeanine Pirro, who had an affair with the police officer who served on Robert Durst’s murder probe, according to one witness who spoke during a pre-trial hearing in Los Angeles, California.

ALL of the above were to some degree or another, at one time or another, considered to be stalwarts of, and reliable voices of the once formidable Conservative movement, which…now they collectively are a foul, stench of the Bowel Movement.

Now, A Very Telling List Of Those Indicted and/or Pleaded GUILTY ALREADY In Mueller’s Investigation.

[NOTE: President “Stable Genius” says this is all a “witch hunt” and there was NO collusion, NO meeting(s), NO treason…if that were true then why are so MANY being charged WITH CRIMES AND PLEADING GUILTY???]

AND, ROUNDING OUT THE ORDER…

MICHAEL COHEN, WHO IT’S ALREADY BEEN INDICTED, AND ALREADY HAS INDICATED IF CHARGED WITH A CRIME WILL PLEAD GUILTY AND FLIP ON TRUMP.

Cohen Will Flip? On scale of 100 to 1, where 100 is protecting the president, Michael Cohen “isn’t even a 1,” longtime Trump legal adviser says he told president.

Cohen Would Turn Against President if Charged, Counselor Warned Trump

Former prosecutor Jay Goldberg says he cautioned president that his personal lawyer, Michael Cohen, could be compelled to cooperate with prosecutors

One of President Donald Trump’s longtime legal advisers said he warned the president in a phone call Friday that Michael Cohen, Mr. Trump’s personal lawyer and close friend, would turn against the president and cooperate with federal prosecutors if faced with criminal charges.

Mr. Trump made the call seeking advice from Jay Goldberg, who represented Mr. Trump in the 1990s and early 2000s. Mr. Goldberg said he cautioned the president not to trust Mr. Cohen. On a scale of 100 to 1, where 100 is fully protecting the president, Mr. Cohen “isn’t even a 1,” he said he told Mr. Trump.

Mr. Cohen is under criminal investigation for potential bank fraud and campaign-finance violations. FBI agents raided Mr. Cohen’s home, hotel and office last week, seeking documents about, among other things, a $130,000 payment he made in October 2016 to a former adult-film actress to prevent her from publicly discussing an alleged sexual encounter with Mr. Trump in 2006, The Wall Street Journal previously reported, citing people familiar with the matter.​Messrs. Trump and Cohen deny such an encounter occurred…

Sooooo, you (Trump) have a gaggle of losers, liars, and crooks who went to bat for you who are ALREADY indicted, MOST have ALREADY PLEADED GUILTY. And your “2nd Stringers” are not any better. Those under close scrutiny, that are directly tied to Trump include: SESSIONS, KUSHNER, BOTH TRUMP BOYS, NUNES, AND TRUMP HIMSELF…and the “Lap-Dog” “News media” that runs D-N-D for him, Trump’s “3rd String” is barely a notch above The Keystone Cops, and my sincerest apologies to The Keystone Cops.

TRUMPS “4TH STRINGERS” ARE BEING TAPPED TO SERVE IN HIS “ADMINISTRATION”… 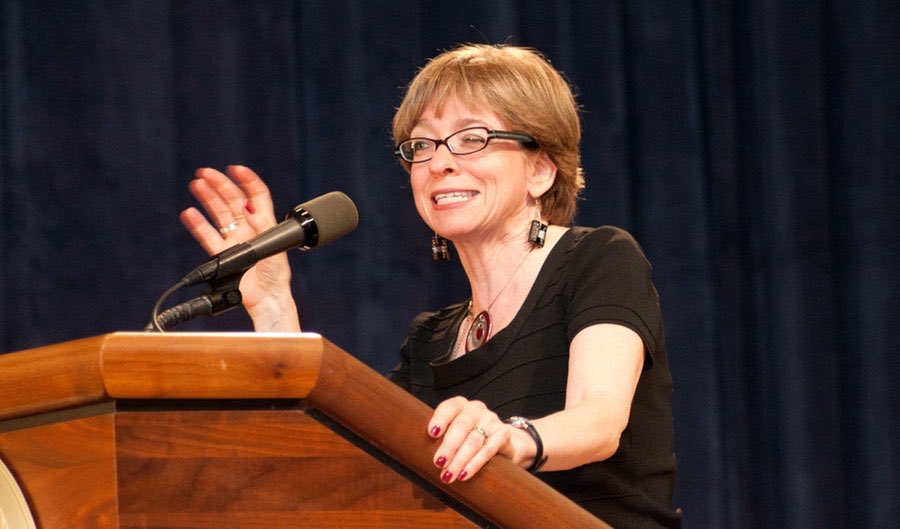 Full Member of the Council on Foreign Relations Richard Clarida tapped by President Donald Trump to be Vice Chairman of the Board of Governors of the Federal Reserve System.

(RTTNews) – Richard Clarida, longtime economics professor at Columbia University, has been tapped by President Donald Trump to be Vice Chairman of the Board of Governors of the Federal Reserve System.

Clarida has been Global Strategic Advisor for PIMCO for nearly 12 years. He is a member of the Council on Foreign Relations and the National Bureau of Economic Research…

THINGS THAT TRUMPTROLLS, TRUMPBOTS, CULT45, AND OTHER ASSORTED LIBERAL MORONS CAN NOT SAY ANYMORE:

If the President is innocent, then why all the anger, the lies, the attacks on the press, the firings of senior law enforcement officers, the conspiratorial counteraccusations, the escalating threats against Mueller and Rosenstein?

Likely, because he is not at all innocent.

I remember when contradiction was sufficient to indicate the presence of something less than truth.

I asked the very same question. All I got was, what about hiliarys emails.

The Steve Job’s maxim is:

We, though, begin with Trump being a “Quadruple F-” who hired a gaggle of “Septuple F-‘s”!!

We truly, and sadly, have this:

A kakistocracy (/ˌkækɪsˈtɒkrəsi, -ˈstɒk-/) is a system of government which is run by the worst, least qualified, or most unscrupulous citizens.

Even Anne “In Trump We Trust” Coulter is beginning to see the light:

Not one promise kept.

So, Trump’s claim to be a “stable genius” MUST mean that he IS the “genius”/the stuff shoveled off the STABLE floor.