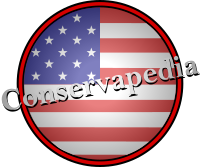 [NOTE: All definitions unless otherwise note are from the Conservative online Dictionary and Encyclopedia “Conservapedia”.]

This 2nd part of “The Middle Way” article will lay the ground-work to look at and address several real world questions:

These and other questions will be looked at as we proceed.

FIRST, WHAT IS LIBERALISM?

As catalogued and listed by Conservapedia Liberalism is defined thusly:

A liberal (alternately called a left-winger or leftist) is someone who advocates an increase in government spending, power, and control, such as ObamaCare. Liberals often support the censorship and denial of biblical Christianity.[1] Liberals who are a part of the secular left prefer atheism/agnosticism over the Christian faith, as atheism has no objective morality to hinder their big government plans.[2]

Increasingly, liberals side with the homosexual agenda, including homosexual “marriage”. Liberals favor a welfare state where people receive endless entitlements without working.[3] The liberal ideology has degenerated into economically unsound views and intolerant ideology. All liberals support, in knee-jerk fashion, the opposite of conservative principles, while lacking an actual ideology or values of their own.[4] Many of them cannot understand Christian language.[5]

Polling data has consistently shown that an increasingly large percentage of Americans identify as conservative, rather than as liberal, currently by 38% to 21%.[6] However, liberals and “progressives” oftentimes falsely say the exact opposite.

Ok, THAT is Liberalism. Let’s look at Conservatism and see IF there is ANY common-ground…

A conservative is someone who rises above his personal self-interest and promotes moral and economic values beneficial to all. A conservative is willing to learn and advocate the insights of economics and the logic of the Bible for the benefit of everyone else. A conservative favors conserving value by not giving handouts to anyone who does not really need them.

A conservative typically adheres to principles of personal responsibility, moral values, and limited government, agreeing with George Washington‘s Farewell Address that “religion and morality are indispensable supports” to political prosperity.[1][2]

Phil Crane, the leading conservative congressman in the House from 1969 to 2005, urged people to make the world a better place than where they found it, and quoted frequently from the Bible in pursuit of that goal.[3]

In Part 3 we will look at whether there can truly be any compromise between the two…but a cursory glance says: “No”.