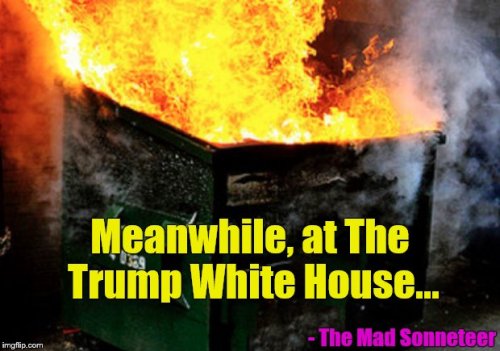 This will be an article consisting of headlines and links on:

Let’s commence shall we… 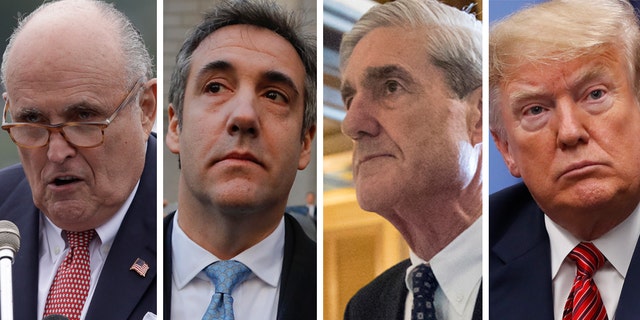 MY OBSERVATIONS, Giuliani is:

“I certainly do think that lying to the [Senate] Intelligence Committee, which I am a part of, is a big mistake for whoever does it and creates lots of problems for the committee itself,” Blunt told “Fox News Sunday,” adding that one lie can throw off an entire investigation and waste hours of work. The Senate Intelligence Committee has investigated Russian interference in the 2016 election.

Robert Mueller Is No Match for Fox News

The evidence from the special counsel’s investigation is already damning, but it must contend with a haze of lies, confusion and “alternative facts.”

Ms. Jurecic is the managing editor of Lawfare.

After a period of quiet, the special counsel Robert Mueller’s investigation is seizing headlines yet again. In the past week, we learned that Paul Manafort, Donald Trump’s former campaign chairman, broke the terms of his cooperation agreement by lying to Mr. Mueller’s investigators, all while his lawyer was briefing Mr. Trump’s legal team on what Mr. Manafort told the special counsel. The conservative author Jerome Corsi, facing possible indictment, made public a potential draft plea agreement with Mr. Mueller that contains incendiary allegations of attempted coordination between Mr. Corsi and the Trump campaign adviser Roger Stone with WikiLeaks.

We also learned that Mr. Mueller had reached a plea agreement with Michael Cohen, Mr. Trump’s former lawyer, for lying to Congress about the Trump Organization’s plans to construct a property in Moscow — plans that extended into the 2016 campaign and reportedly involved an effort to give Vladimir Putin the gift of a $50 million penthouse apartment.

[NOTE: SOME MAY HAVE FORGOTTEN ABOUT THE TRUMP DEFENSE OF “ALTERNATIVE FACTS”, HERE’S A REFRESHER COURSE.]

“Alternative facts” was a phrase used by U.S. Counselor to the President Kellyanne Conway during a Meet the Press interview on January 22, 2017, in which she defended White House Press Secretary Sean Spicer’s false statement about the attendance numbers of Donald Trump’s inauguration as President of the United States.

BUT WHAT TRUMP & Co. CALL “ALTERNATIVE FACTS” ARE, IN TRUTH, LIES-

The lies that Mueller has already documented

Claim 1: Claimed to have met Maltese professor Joseph Mifsud and learned that Russia had incriminating emails related to Hillary Clinton prior to his joining the campaign.

Truth: Mifsud became interested in Papadopoulos only when he learned about the American’s role with the Trump campaign. The information about the emails came a month after Papadopoulos was named as adviser.

Claim 2: Claimed that Mifsud was no one of importance.

Truth: Papadopoulos knew that Mifsud had connections to Russian government officials and tried to leverage them to set up a meeting between Trump and Russian President Vladimir Putin.

Claim 3: Claimed that his interactions with a Russian national were innocuous and that he met her before joining the campaign.

Truth: He met her after joining the campaign and tried to use her to set up the same meeting.

Claim 1: Said he did not ask then-Russian Ambassador Sergei Kislyak not to retaliate for Obama administration sanctions. Claimed not to remember a follow-up conversation.

Claim 2: Stated that he did not ask countries to take a particular position on a United Nations vote related to Israel. Claimed that Kislyak had not told him how Russia planned to vote.

Truth: Both of those things happened.

Claim: Said he had not communicated with Gates since August 2016 or Manafort aide Konstantin Kilimnik since 2014. Claimed not to know why an email exchange with Kilimnik was not given to Mueller’s team.

Truth: Van der Zwaan spoke with both Gates and Kilimnik in September 2016 and he deleted the email in question.

Claim: Claimed that he was told that a 2013 meeting attended by Manafort did not include a discussion of Ukraine.

Claim 1: Said that discussions about a proposed Trump-branded project in Moscow had ended before the first voting in the presidential primaries.

Truth: The discussions continued until June 2016.

Claim 2: Claimed he never planned to travel to Russia or asked Trump to go.

Truth: Both were under consideration as late as May 2016. Cohen planned to go before the Republican convention, with Trump going after.

Claim 3: Said he did not remember any conversation with a Russian government official after he reached out to Russian Putin’s office for assistance.

Truth: Had a 20-minute conversation with Putin’s press secretary’s assistant in January 2016.

Paul Manafort and Rick Gates, senior campaign staff. Claims made in interviews with Mueller’s team. Charges first filed on Oct. 30, 2017, and included in later superseding indictments before being dropped.

Claim 1: Claimed that their work for Ukraine’s Party of Regions did not extend into the United States.

Claim 2: Said that neither was contracted to do work for a pro-Ukraine organization called the European Centre for a Modern Ukraine but instead pointed the group to other U.S. lobbyists.

Claim 3: Stated that a search for more email communications pertinent to the government investigation was hampered by a retention policy that led to their deletion.

Truth: The statements of offense accompanying Gates’s and Manafort’s plea agreements articulate that each of the above is untrue.

LASTLY, A MAN BEING EXCORIATED BY TRUMP & Co. AND THE STATE COMPLIANT “MEDIA”, FOX “NEWS”- 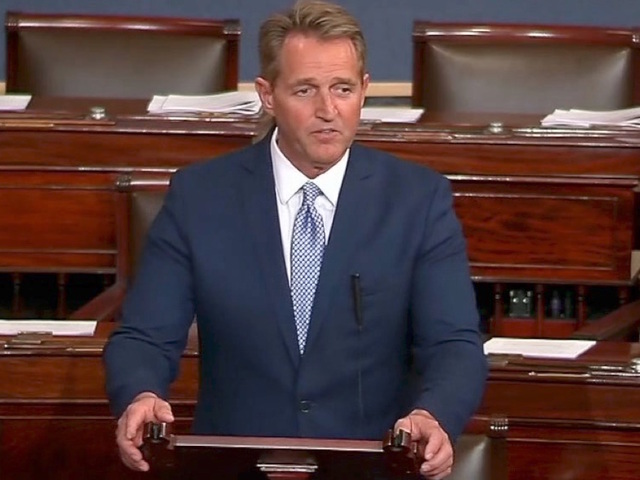 Sen. Jeff Flake (R-Ariz.) said Friday that he believes legislation protecting special counsel Robert Mueller could pass the Senate, if Republican leadership would agree to bring it up for a vote.

“I do believe the votes are there on the floor if we can just get a vote, and that’s what I’m calling, let’s just have a vote,” Flake told CNN, asked about a measure that would protect Mueller from being fired without good cause.
The legislation — crafted by Sens. Cory Booker (D-N.J.), Christopher Coons (D-Del.), Thom Tillis (R-N.C.) and Lindsey Graham (R-S.C.) — has languished for months after it passed out the Judiciary Committee. Republican leadership argues it isn’t necessary because President Trump, they believe, will not try to interfere with or fire Mueller.