WHILE PUTIN AND RUSSIA ARE DOING THIS: 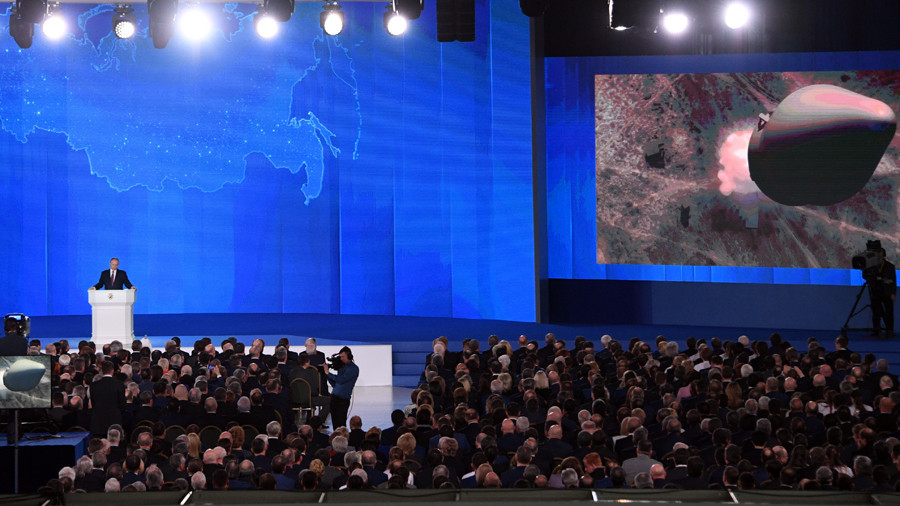 The ICBM has a longer range than any other and can reach almost any target in the world, Putin said in his annual address to lawmakers and political elites.

Other new technologies he highlighted included supersonic missiles and drone submarines that he said cannot be stopped.

Putin’s marathon speech came 17 days before a presidential election in which he is seeking an unprecedented fourth term in power. It was accompanied by video footage showing some of the new weaponry in action as well as simulations on a giant screen…

WHILE PUTIN AND RUSSIA (ALONG WITH N. KOREA, CHINA, IRAN, PAKISTAN, ET AL) FLEX THEIR MILITARY MUSCLES AND ARE STANDING FIRM, UNITED, AND WITH RESOLVE…WHAT IS HAPPENING IN D.C. ?????

Former Congressman Tom Price was forced out as Secretary of Health and Human Services last September for spending thousands of taxpayers dollars on charter flights, and has repaid about $60,000 of that cost – but Trump counselor Kellyanne Conway, who tagged along on ten flights with Price, has gotten a free ride.

Congressman Elijah Cummings (D-MD), the ranking Democrat on the House Oversight Committee, wants to know why Conway has not been publicly chastised, repaid the cost of her travel, been fired or at least punished for doing the exact same thing that cost Price his job.

AND IN OTHER NEWS…

If true, this stunning revelation contradicts the public views of what happened at an important meeting with Trump and his foreign policy team on March 31, 2016.

Papadopoulos — who Trump called a “coffee boy” — was actually a foreign policy adviser to the Trump campaign. After pleading guilty to lying to the FBI he has become a key cooperating witness in special counsekl Robert Mueller’s Russia investigation.

This different view of what Papadopoulos told federal investigators before the election was reported in “Russian Roulette: The Inside Story of Putin’s War on America and the Election of Donald Trump,” by Isikoff and Corn.

MEANWHILE, IN OTHER NEWS…

PUTTING A GOOD “SPIN” ON THE CONTINUING CHAOS, TRUMP BLATHERS IN A TWEET:

…Tillerson and Trump have had a tempestuous relationship throughout the president’s tenure, with published reports, denied by the secretary of State, that he had referred to Trump as a “moron.” The reports prompted Trump to challenge his secretary of State to an IQ test.

ELSEWHERE IN THE NEWS…

The revolving door at the Trump White House