There have been presidents, Democrat and Republican, who were:

But none of them had that combined together with the hot-headed, ill-tempered, lying, arrogant, and greedy mess that is Trump.

Though he currently feigns a thin veneer of his own “brand” of Conservatism, Trump is as Liberal as Obama, Hillary, and even FDR.

Though he claims to be the “law and order” president, Trump smears, maligns, daily verbally assaults, tries to shut-up and shut down OUR LE from National to Local.

While trying to pass off that he is the “great deal maker”, and that he practices “extreme vetting”, and “ONLY hires the BEST”…he is as fast, loose, and reckless with The Constitution and ethics in general as Nixon or LBJ.

And there are NO amount of American flags Trump can hug and wrap himself in while paying lip-service to Liberty while his EVERY WORD AND DEED attacks the press, religion, all levels of law and the courts, and he daily threatens to “shut and shut down” any and ALL who dare expose his daily flood of lies and corruption.

We truly now have a the equivalent of a infant ape on PCP at the helm of America’s:

What makes this festering, fetid pile of treason even worse is that Trump openly and always sides with PUTIN, XI, KIM JUNG UN, SAUDI PRINCES…any and ALL ENEMIES of America all while alienating, threatening, and lying to and lying about:

If it suits Trump- Good.

If it asks even the simplest, and most logical of questions- Bad.

How many times has Trump called any press that questions and investigates him “THE ENEMY OF THE PEOPLE”?

How many times has Trump said, even encouraged PHYSICAL VIOLENCE against The Media, Law makers, Ministers, and “Average Citizen” who question/disagree with him?

How many times in just a regular, even FRIENDLY interview (usually on FOX *snort*) has Trump flippantly and casually lied. Then lied about his lies while telling more lies, BRAG about lying…and then, when called on it, deny he ever lied?!!!

No. Trump is not the first to any of these things.

BUT Trump is the WORST AT DOING ALL THESE THINGS.

Let’s look at the cesspool that is directly mired to Trump or one of his “very best” shall we?

“Rarely in our history has this country had one of its major parties so completely in the grip not of fools but of opportunists, not of the vicious but the pathologically fearful, not of the misguided but the spineless,” argues @EliotACohen 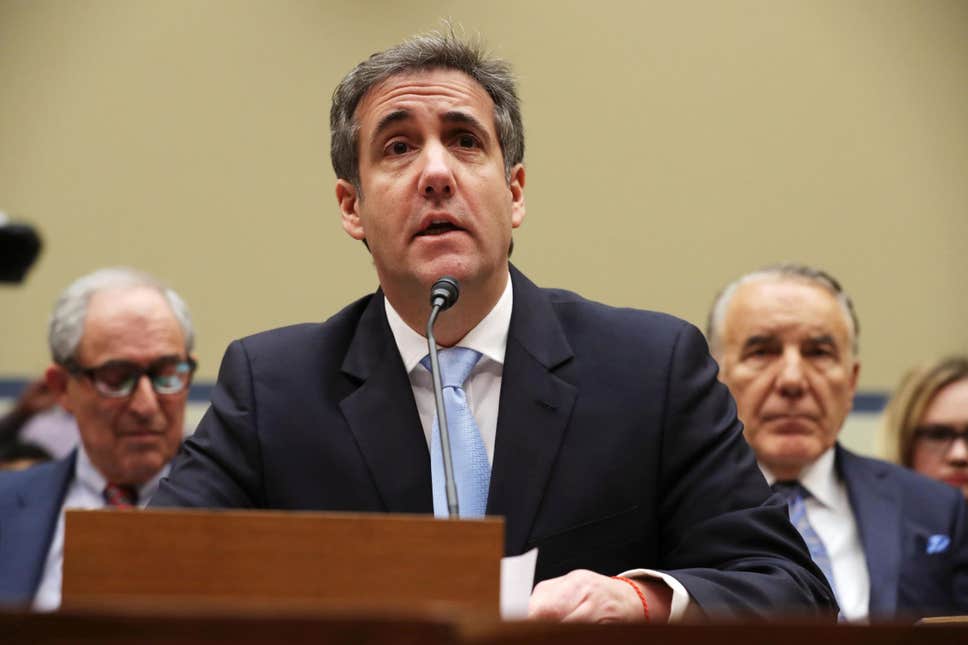 Cohen is sleazy, Gaetz is nasty, Gallagher is principled—and the remaining members of the GOP fall somewhere in between.

The full spectrum of Republican behavior has been on display this week. Michael Cohen (no relation, save in the most distant possible sense) ratted out his former boss Donald Trump in a spectacularly revealing piece of congressional testimony. Representative Matt Gaetz, the self-described “outspoken conservative firebrand” from Florida, threatened Cohen (by tweet, of course) with revelations of marital infidelity. When reminded that this could be construed as witness tampering, he pulled the tweet. The vast majority of House Republicans lined up to vote against a resolution rejecting President Trump’s declaration of a national emergency. And 13 Republicans, including Mike Gallagher of Wisconsin—like Gaetz, a second-term representative—voted in favor of it…

…Cohen is not the most pathetic specimen of Republican. He was a little grifter hopelessly, shamelessly attempting to make something of himself by attaching his person to a really big grifter. His testimony is one long recitation of Trump’s scams, bigotry, payoffs, and lies. And possibly worse, of a dirty-tricks campaign in the 2016 election coordinated with a foreign power…

…Gaetz, a product of William & Mary Law School, is a fierce defender of all things military. His website touts his A+ rating from the National Rifle Association, of which he is a lifetime member. He voted to support the president, of course, and avows his determination to root out corruption in the Justice Department and the FBI, institutions that Republicans like him once supported…

…Gallagher might or might not have the same ardent love of guns that Gaetz has; he certainly does not have the same morbid suspicion of federal law-enforcement officers. But he actually carried a weapon in the service of his country, which so many of the summer soldiers and sunshine patriots of the GOP have inexplicably avoided. After graduating from Princeton, he joined the United States Marine Corps and served several tours in the dusty, dangerous Anbar province in Iraq before getting a doctorate at Georgetown University. He is one of the thoughtful voices on national defense in Congress, although he does not boast about it. He just does his job.

And then there is the gray mass of Republicans in the middle, the ones in the House who voted with the president in favor of declaring a national emergency, and the ones who will do so in the Senate. They are not as sleazy as Cohen, as pugnaciously nasty as Gaetz, or as principled as Gallagher. They are simpler souls: They are cowards.

Talk to them privately, and they will confess that there is no emergency at the southern border—there is a problem, to be sure, but one whose seriousness has actually diminished over time…

Trump now claims it was just a “joke” when he asked Russian hackers to attack Hillary Clinton. Watch the footage side-by-side and judge for yourself. #gaslighting

Was Trump “joking” when he asked Russia for help?

Trump on Kim Jong Un during last night’s Hannity interview: “He is very sharp,” “a real leader,” “He likes me, I like him. Some people say ‘you should not like him.’ I say, ‘Why shouldn’t I like him?’ I like him. Get along great.”

Notice: Trump LIKES those who LIKE him, i.e. flatter him, bribe him, cover for him, and do his dirty work.

Don’t meet any of those requirements? Eh, he don’t like you so much. may even hate and attack you.

It’s us #NeverTrump, real Conservatives, and Christian people who are the devil. Right?

Former chief book critic, The New York Times; author of “The Death of Truth: Notes on Falsehood in the Age of Trump” (coming July 17, 2018)

“Russian state TV hosts brazenly assert, ‘Trump is ours,’ and joke that U.S. lawmakers traveled to Russia ‘to make deals with our hackers, so they can rig the midterms in favor of Trump’s team’.” So, there you have it.

Enough voters were snookered, bought, or bullied into believing a LIE and rejecting THE TRUTH to the point we have a criminal and traitor in The White House instead of The Big House.