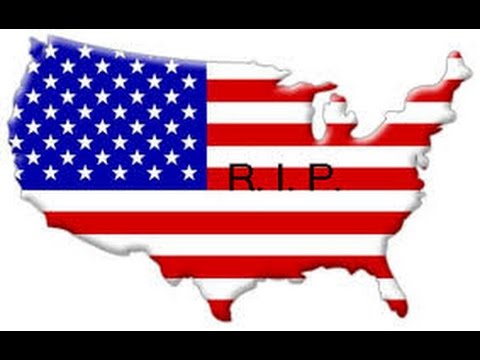 Liberalism and Liberty Can NOT Co-Exist…And Liberalism IS Liberalism Regardless of Which Party or Person It’s Found In.

CONSIDER THE RESULTS: PROCEED WITH CAUTION

“THE MIDDLE WAY IS NO WAY AT ALL”

Beginning with Woodrow Wilson in 1913 (Federal Reserve, IRS, Income Tax…), then including:

We have witnessed America move away from being the Constitutional Republic that our Founders gave us ever closer to Marxist-Socialist Tyranny. You can read the rest of my articles here for mountains of evidence that supports and defines this, so I will not go into all that now.

Rather I will focus my attention on the current events that have America gasping her last IF we do not have a national MIRACLE.

LET’S SEE WHAT WE ALREADY KNOW…

Why don’t I need the Mueller Report to know Trump is a Russian Asset? Because:

—He softened the GOP platform on Russia

—He sided with Putin over our intel agencies

—He capitulated to NK at Putin’s request

—He admitted to firing Comey to end the Russia investigation

—Nearly his entire campaign team has been indicted or pled guilty

—He has never uttered a critical word of Vladimir Putin

—His ties to Russia go back to the late 1970s, when he first began laundering money for organized crime bosses and future oligarchs

—He’s divided our nation, weakened our alliances & left us open to more cyberattacks

—He’s driving us into another recession

—He says he wants to withdraw from NATO

—He withdraws from treaties like the Paris accords & Iran Nuclear Deal

—He undermines our democracy by attacking the press, the constitution, the independent judiciary, and our security agencies

—He takes the word of dictators like Putin, MBS & Kim Jong-Un over our own officials

—Every cabinet official he appointed is an arch-nemesis of the agency they were put in charge of (this is how you burn a republic down, not “make it great again”)

—His “historic deregulations” are poisoning our air and water, cutting back women’s reproductive rights, decimating our education system, and destroying the economy

—He demonizes immigrants as criminals, rapists, and gang members

—He keeps the country paralyzed from addressing real crises with his endless scandals, lies, and fake emergencies

—He screwed over the middle class and exploded the deficit by $1.5 trillion to give tax breaks to billionaires

—He never wanted to make America great (again or otherwise)
—He was installed to destroy us, and he’s doing an amazing job thanks to the capitulation of the GOP to a lawless traitor who’s ascendancy to the WH will go down as the greatest national security failure in U.S. history

TO BE CLEAR, these are the observations from a Liberal reporter…but on the whole he is IS RIGHT ON TARGET.

These are things we KNOW regardless of Mueller and his report.

‘I fired Comey to end that whole Russia thing.’ ~ @realDonaldTrump to Lester Holt

“I just fired the head of the F.B.I. He was crazy, a real nut job. I faced great pressure because of Russia. That’s taken off.” ~ @realDonaldTrump to Russian agents

All in under 2 years!

Adam Schiff goes off, lists the Trump Tower meeting, sharing of polling data, call to hack Clinton, Kushner back channel, and more: “You might say that’s all OK … I think it’s unpatriotic. And yes, I think it’s corrupt and evidence of collusion.”

“Undoubtedly there is collusion,” Schiff said in an interview this week, after Attorney General William P. Barr submitted a four-page letter to Congress summarizing key aspects of Mueller’s report. “We will continue to investigate the counterintelligence issues. That is, is the president or people around him compromised in any way by a hostile foreign power? . . . It doesn’t appear that was any part of Mueller’s report.”

SCHIFF CONTINUED: on Thursday by accusing Republicans that they “think it’s OK” members of Trump’s team were willing to accept dirt from Russians.

“I think that is inevitably going to take place, Chris,” Schiff told CNN’s Chris Cuomo on “Cuomo Prime Time.”
“He is going to have to come in and testify.”
Schiff, a California Democrat, said the timing of a potential appearance by Mueller before Congress would likely depend on the timing of Attorney General William Barr providing the public with Mueller’s report and its underlying evidence.
“But at the end of the day, yes, I think both the Congress and the American people are going to want to hear from Bob Mueller,” Schiff said.

BREAKING: Fox News Legal Analyst Says “If There Were No Evidence of a [Trump-Russia] Conspiracy, the AG Would’ve Told Us So, But He Didn’t; There Is Something in the 700-Page Mueller Report Opponents [of Trump] Want to See, and They’ll Make Hay Out of It”

1. IF TRUMP & CO. ARE INNOCENT, AND THAT INCLUDES THE COMPLICIT AND CORRUPT SENATORS AND CONGRESSMEN, THEN WHY HIDE THE FULL MUELLER REPORT THAT YOU CLAIM EXONERATES TRUMP?

2. IF THERE IS NO EVIDENCE OF CONSPIRACY, COLLUSION, OBSTRUCTION, OR ANY OTHER CRIMES, THEN WHY FIGHT TO KEEP IT MUELLER’S FULL REPORT HID?

3. IF PUTIN, N. KOREA, CHINA, IRAN, AND SAUDI ARABIA ARE RIGHT AND ALL OF AMERICAN INTEL, LE, AND JOURNALISM IS WRONG, THEN WHY NOT FULLY DISCLOSE THE MUELLER REPORT AND LAUGH AT US FOR BEING SO WRONG???

LEGAL TIP: I learned in my years as a defense lawyer that roughly 100% of the time the party who wants something hidden is the party who thinks it’s damaging to them; in other news, Devin Nunes says the Mueller Report should be “burned up” and McConnell says no one should read it…

It’s as clear as day that you’re hiding something from the American public. The question is why are you hiding it and how bad is it?

Your campaign had 23 meetings with Russians and 102 contacts. That’s not normal and we need to know why. Stop hiding the truth

Day 3 of relying upon Attorney General Barr’s representation of what the Mueller report said.

So all these guys were lying when they lied about lying? Does this set them free or double their sentences?

ALL TIED TO TRUMP…

America has fallen. Gasping her last. Can we be saved? I don’t see where we have the WILL to so the right thing(s)….so, no. America will not be saved.