Due to the amount of accumulated and incoming news we will post mainly headlines, pics, and links. IF you think or say, “Well, there is not real ‘meat’ to this article, the charges against Trump & Co. are bogus.” Then you: 1) did NOT follow the links to the articles where evidence and witnesses ARE presented, OR 2) you are TrumPutin troll or bot who is willfully blind and deaf to facts. OR 3) Both. You didn’t follow the links BECAUSE you are a TrumPutin troll or bot.

For those with ears to hear…

White House has released a 5-page memo summarizing the call

The White House on Wednesday released a five-page memo summarizing the July 25 call between President Trump and Ukrainian President Volodymyr Zelensky. The AP shies away from using the word “transcript,” and the Washington Post explains that what was released “is a memorandum of a telephone conversation and is not a verbatim account of the conversation” in keeping with White House practice; it pulls from the notes and recollections of those who were in the Situation Room. You can read the document in full here, which reflects what CNBC reports was a 30-minute call. It begins with Trump congratulating the newly elected Zelensky on his “great victory” and “terrific job.” Trump then goes on to bring up Rudy Giuliani, Attorney General Barr, and Joe Biden. Here’s his explicit mention of Biden:

Trump vs. The Whistleblower

Acting Director of National Intelligence Joseph Maguire testifies before the House Intelligence Committee on Capitol Hill in Washington on Thursday.

“I think the whistleblower did the right thing,” Joseph Maguire said Thursday during testimony before the House Intelligence Committee, per Reuters. “I think he followed the law every step of the way.”

As well as reported convo in which Trump told Russians election interference didn’t concern him
SOURCE .

Kurt Volker steps down after Trump lawyer Rudy Giuliani says they were in frequent contact
SOURCE .

In this Sept. 15, 2018, file photo, US special representative to Ukraine Kurt Volker is seen in Kyiv, Ukraine.

Kurt Volker, a former US ambassador to NATO caught in the middle of a whistleblower complaint over President Trump’s dealings with Ukraine, resigned Friday from his post as special envoy to the Eastern European nation, according to a US official. The official said Volker told Secretary of State Mike Pompeo on Friday of his decision to leave the job, following disclosures that he’d connected Trump’s personal lawyer Rudy Giuliani with Ukrainian officials to investigate former Vice President Joe Biden and his family over allegedly corrupt business dealings, per the AP. Giuliani has said he was in frequent contact with Volker about his efforts…

…Volker was brought into the Trump administration by former Secretary of State Rex Tillerson to serve as envoy for Ukraine. He worked in a volunteer capacity and had retained his job as head of the John McCain Institute for International Leadership at Arizona State University. Arizona State’s student newspaper was the first to report his resignation. (Read more envoy stories.)

In the Hot Seat: William Barr

[MY NOTE: Look at the expression on both faces, and their body language. Something BAD is a’foot!]

Kurt Volker, a former special envoy to Ukraine, leaves after a closed-door interview with House investigators at the Capitol in Washington on Thursday. 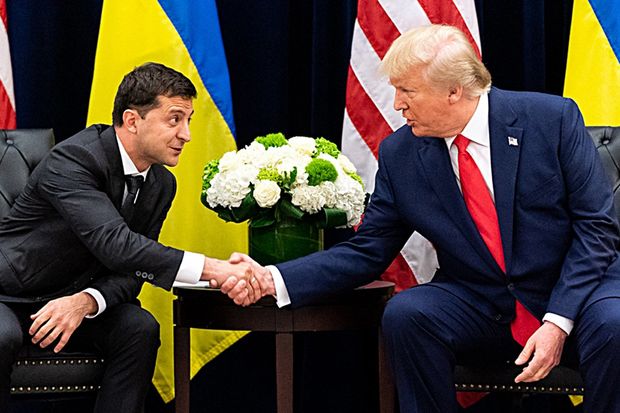 WASHINGTON—At least one additional whistleblower with firsthand knowledge of the circumstances around President Trump’s July call with his Ukrainian counterpart has come forward, according to lawyers representing both the individual and the CIA officer whose initial complaint helped spark an impeachment inquiry.

The existence of a second whistleblower comes as Mr. Trump repeatedly has sought to attack the credibility and motive of the first individual, whose whistleblower complaint in August details efforts by the president to pressure Ukraine to investigate a political rival.

“I can confirm that my firm and my team represent multiple whistleblowers,” Andrew Bakaj, the lead attorney for the first whistleblower, wrote in a tweet. “No further comment at this time.”

After a full day of mockery on Twitter, Sen. Ron Johnson (R-WI) has become destroyed for being unprepared to answer questions about President Donald Trump’s Ukraine call. Nearly 12 hours after “Meet the Press” aired Sunday, Trump seems to have finally heard or seen the show and struck out against the criticism.

“Sleepy Eyes Chuck Todd of “Meet the Press” had a total meltdown in his interview with highly reaspected (sic) Senator @RonJohnsonWI. Seems that a not very bright Chuck just wasn’t getting the answers he was looking for in order to make me look as bad as possible. I did NOTHING wrong!” Trump exclaimed in a misspelled tweet.

President Trump has told friends and allies he worries about the stain impeachment will leave on his legacy.

Driving the news: In a phone call with House Republicans on Friday, Trump articulated why he really doesn’t want this. Impeachment, Trump said, is a “bad thing to have on your resume,” according to a source on the call. Two other sources on the call confirmed the substance of the comment, but one said they recalled Trump phrasing it as “you don’t want it [impeachment] on your resume.”

A former Trump Organization executive says she thinks President Donald Trump may resign rather than face possible removal from office by impeachment.

“He does a lot of things to save face,” Barbara Res, a former Trump Organization vice president, told CNN’s Brian Stelter on Reliable Sources Sunday.
“It would be very, very, very bad for him to be impeached,” Res said. “I don’t know that he’ll be found guilty but I don’t know that he wants to be impeached. I think that’s what this panic is about. And my gut [instinct] is that he’ll leave office, he’ll resign. Or make some kind of a deal, even, depending on what comes out.”
Res said she was hesitant to share her opinion, because “I could very well be wrong.”

EVOLUTION OF A TREASON DEFENSE

— will be able to hold their heads up high. The rest showed themselves to be unprincipled, craven sycophants.

They signed open letters, dedicated a special magazine issue to criticism him and swore he’d tear at the fabric of this nation…NOW they’ve become the Presideent’s strongest defenders.

[MY NOTE: NOT ALL Never Trump Conservatives caved. Many stood with and for Constitutional PRINCIPLES.]

He’s either an active Russian Agent or he’s what people in the Company refer to as a ‘Useful Idiot’. Someone who thinks he’s getting what he wants, while actually giving them everything they want. Trump is a useful idiot. But that doesn’t make him any less of a traitor. That he would solicit the Ukraine (a former Soviet puppet) to interfere in the 2020 election at the same time he’s under investigation for Russian interference with the 2016 election really drives home the extreme arrogance underlying his idiocy…Trump knows he’s going to be impeached but it makes a difference to him whether he is impeached for, say, being a Russian agent, or whether it’s for these bogus international Biden investigations.

And I think it matters to a lot of people in Washington as well. If he goes as a Russian agent, there it is for the history books, and it’s a Russian victory for them as well.

Working that out, that’s what I suspect is going on behind the scenes.

@aravosis
Even Tucker Carlson said Trump’s conversation with the Ukrainian president was indefensible. 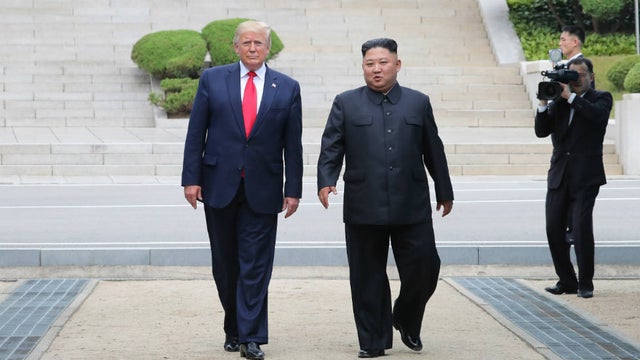 Iran. If their “Death To America” chants and latest missile launches weren’t enough, we now have North Korea’s nuclear threat increasing. As a result of their recent nuclear test, our Dear Leader has “condemned” Pyongyang, however, he did not do the same with Tehran. Both of these isolationist countries are advancing their nuclear tech at an alarming rate. What I find more alarming, though, is that most major news outlets don’t even beg to question that the two nations are working together.

Let’s start with the year 2007. An article from The Daily Mail nodded at the 2002 State Of The Union speech where George Bush had said Iran and North Korea formed an “axis of evil” along with Iraq. They had, at that point in time, been seeking plans for over a decade to be a state sponsor for terrorism. Now, fast forward almost fifteen years later. Iran has been planning and making deals with North Korea for over two decades…

And that is all from just the Mueller investigation!!!