AND THEN THERE’S THIS: 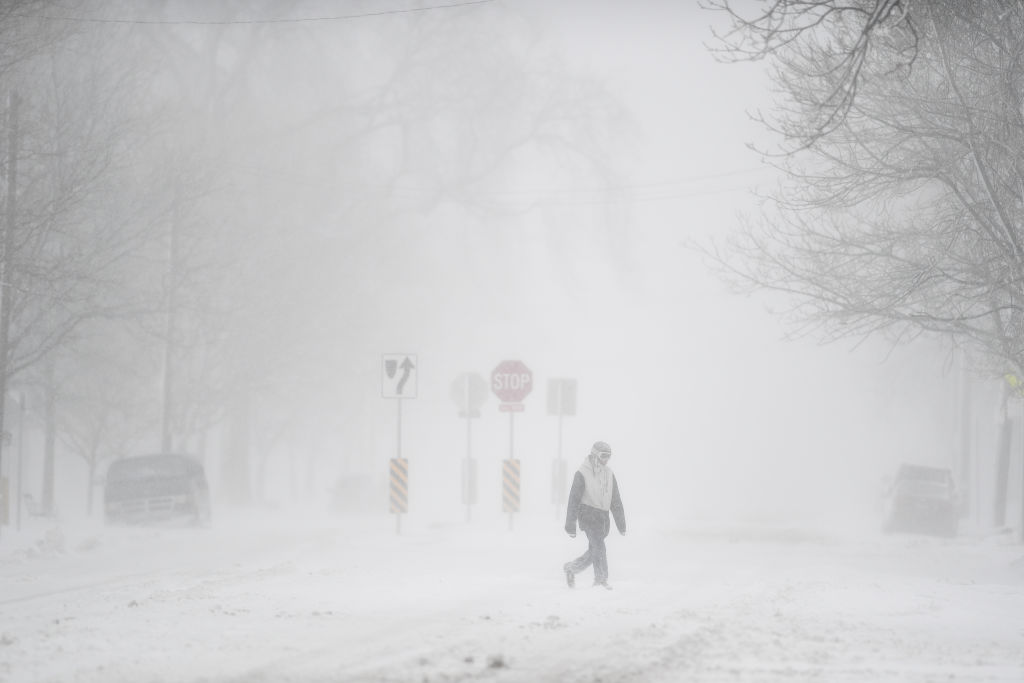 QUICK REVIEW OF THE “WATERMELON” ALARMIST OVER THE LAST 50+ YEARS:

J. Murray Mitchell showed as early as 1963 a multidecadal cooling since about 1940.[1] At a conference on climate change held in Boulder, Colorado in 1965, evidence supporting Milankovitch cycles triggered speculation on how the calculated small changes in sunlight might somehow trigger ice ages. In 1966, Cesare Emiliani predicted that “a new glaciation will begin within a few thousand years.” …

…Climate scientists were aware that predictions based on this trend were not possible – because the trend was poorly studied and not understood (for example see reference[17]). Despite that, in the popular press the possibility of cooling was reported generally without the caveats present in the scientific reports, and “unusually severe winters in Asia and parts of North America in 1972 and 1973…pushed the issue into the public consciousness”.[1]…

2. BUT by the early 1980’s the SAME “scientific” community began to warn of “Global Warming“.

The early 1980s would mark a sharp increase in global temperatures. Many experts point to 1988 as a critical turning point when watershed events placed global warming in the spotlight.

Scientists sounding the alarm about climate change began to see media and the public paying closer attention. NASA scientist James Hansen delivered testimony and presented models to congress in June of 1988, saying he was “99 percent sure” that global warming was upon us.

3. THEN we had real, hard data come out during the so-called “Global Warming” scare that the temps had flattened, and the last 3 years temps have decreased.

4. So the SAME batch of “scientists” changed their warnings yet AGAIN from “Global Warming” to…wait for it…”Global Climate Change“. The “scientific” community first held a conference on “Climate Change” in 1988, it was not til the data on BOTH cooling and warming were proven to be hoaxes that they began to popularize the new scare term “Climate Change” in 2002.

5. Climate-gate . Thousands upon thousands of documents from THE CENTER of “Global , , ” HOAX were leaked that PROVED that the “scientists” at the very core of all this were, simply put, LIARS. Data was left out. “Data” was added. “Data” was simply made up. All to fit the “Watermelon’s” agenda. (Watermelon is a term used to describe “scientists” who are Green on the outside, aka “EnvironMENTAList”, BUT Red on the inside, aka Communists.

In short, all the weather/climate nonsense is simply the Communist’s way to scare us into letting them take control of our lives.

UNLESS it’s been debunked- and it has been– then cooling or warming are BOTH signs of “Global Cooling/Warming”, aka “Climate Change.

So depending on the temperatur and weather conditions of any particular day…that IS “proof” of “Global-X”…and we need to let them take and have control.

Btw, here is what the terms mean IN REALITY:

WEATHER . the state of the atmosphere at a place and time as regards heat, dryness, sunshine, wind, rain, etc.

CLIMATE . the weather conditions prevailing in an area in general or over a long period.

The SAME people who can’t predict the temperature or rain fall TOMORROW, are the ones shrieking warnings about something 15-20 YEARS FROM NOW!!

In closing let me posit this:

You can forget “Global Warming” as the harbinger of Earthly doom. I have been meticulously measuring the hours of daylight since June and the data is irrefutable. Daylight hours are steadily waning and I calculate within 30 months the planet will be cast into TOTAL darkness. The consequences are obvious. Vegetation will die, the planet will freeze and all life will be extinguished shortly thereafter.

You laugh, but this is the same kind of “irrefutable data” argument being espoused by those little ‘Green’ people who want government to take total control of the means of manufacturing, transportation and distribution…sound familiar? Others are in it for the cold cash in the form of carbon credits.

If the climate never changed, we’d still be suffering from the last ice age. Geologically, it was not that long ago that carbon dioxide (what plants breathe) was four times what it is now. Oxygen (what animals breathe) levels were double. LIFE FLOURISHED.

So there you have it.

You can believe what you want…I believe the above, and this .