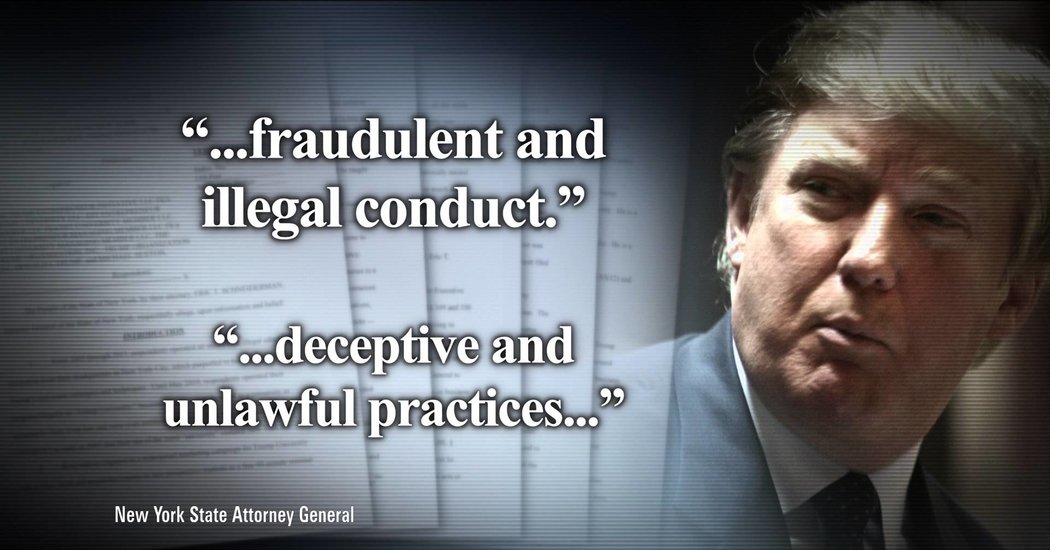 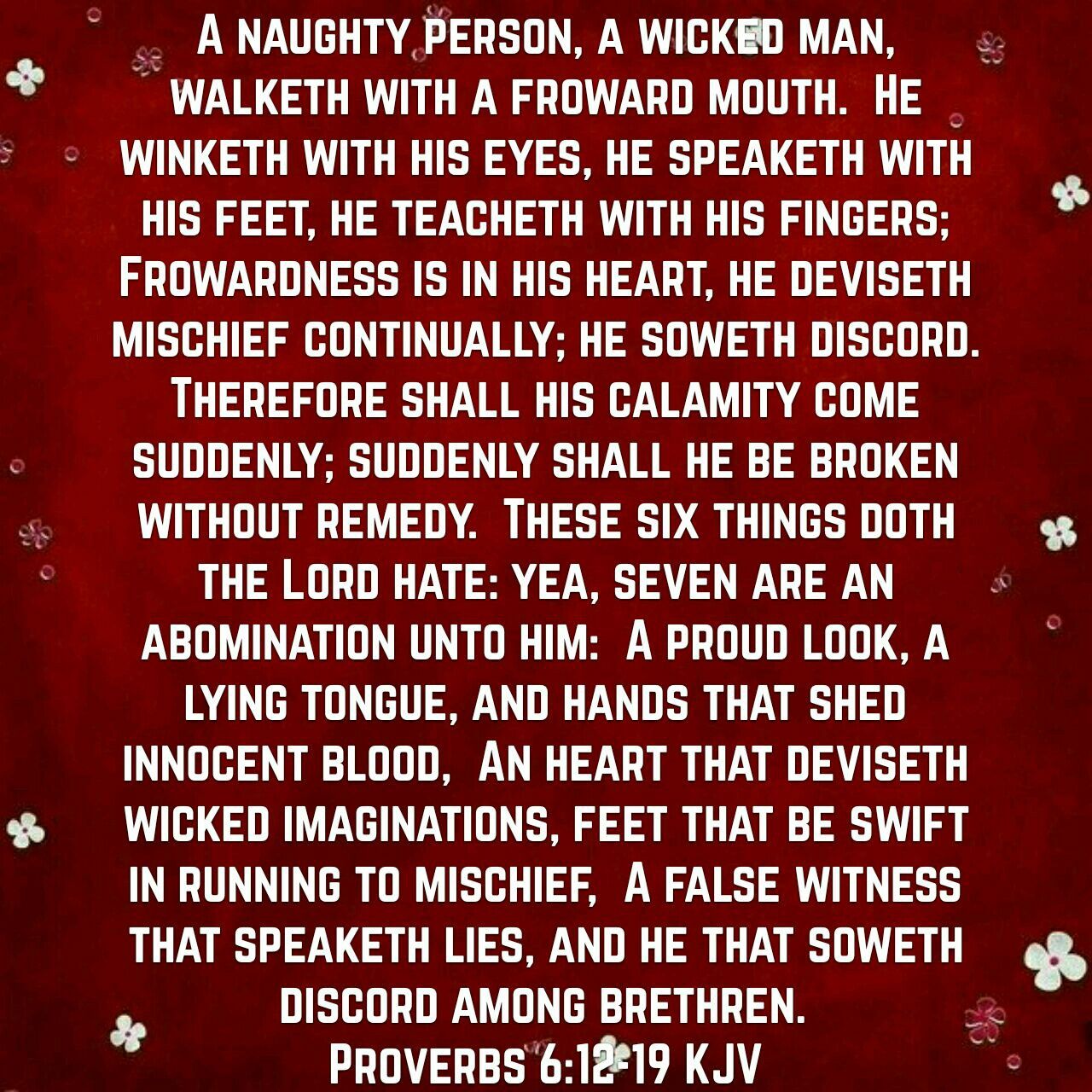 TRUMP HAS DONE, IS DOING, AND IS THE ABOVE. ANYONE WHO SAYS OTHERWISE EITHER KNOWS NOTHING ABOUT TRUMP, OR IS A LIAR.

THIS APPLIES TO THE TRUMP SUPPORTER MOST OF ALL. ANYONE WHO DEFENDS AND SUPPORTS TRUMP, AND SAYS HE IS GOOD IS ABHORRED. 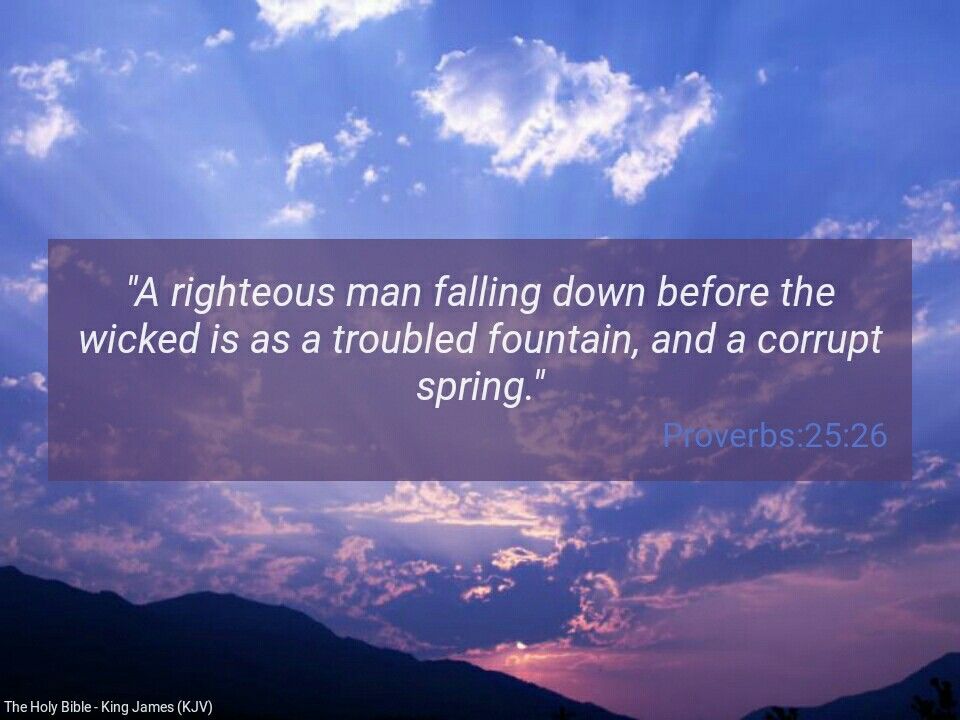 ALL THE EVANGELICAL LEADERS AND PROSPERITY HERETICS WHO PROSTRATE BEFORE TRUMP AND COVER FOR HIM…THIS IS YOU. TRUMP IS WICKED.

THIS IS Trump and ALL of his defenders. Lie. Name call. Slander. Malign. Libel. Curse…and then say they didn’t mean it, or didn’t mean it “that way”. 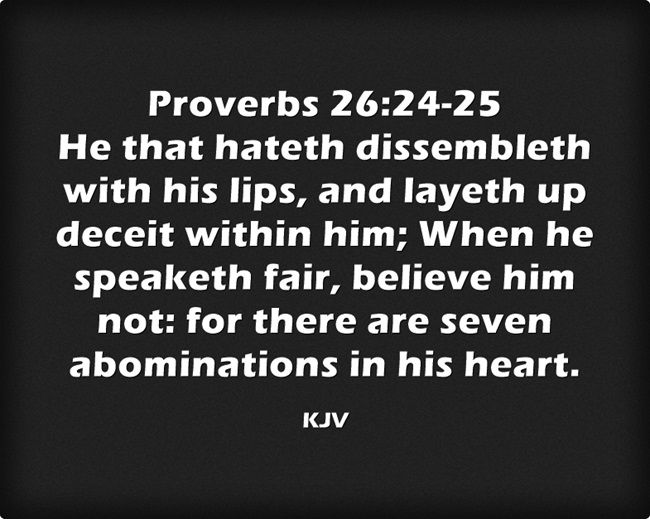 Again, THIS IS TRUMP. Dissembleth means: TO LIE, TO DISGUISE YOUR REAL INTENT WITH FEIGNED WORDS. 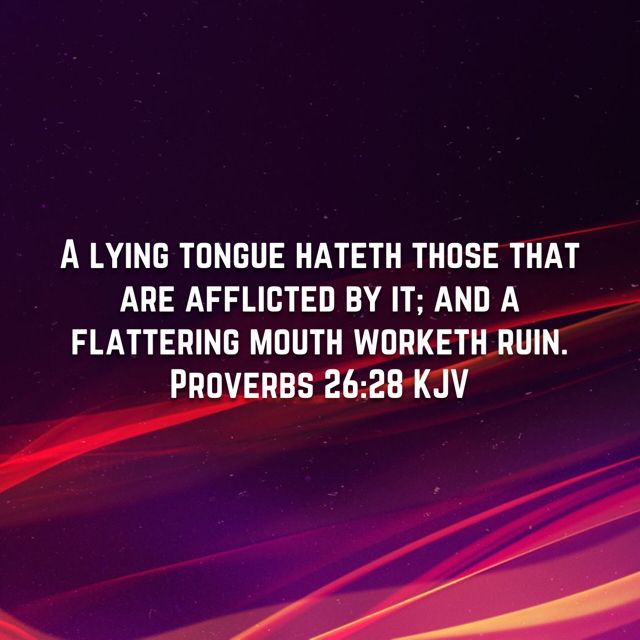 ONLY those WILLFULLY blind and deaf do not see that this IS Trump.

Trump is PART of God’s JUDGMENT on America’s sins. 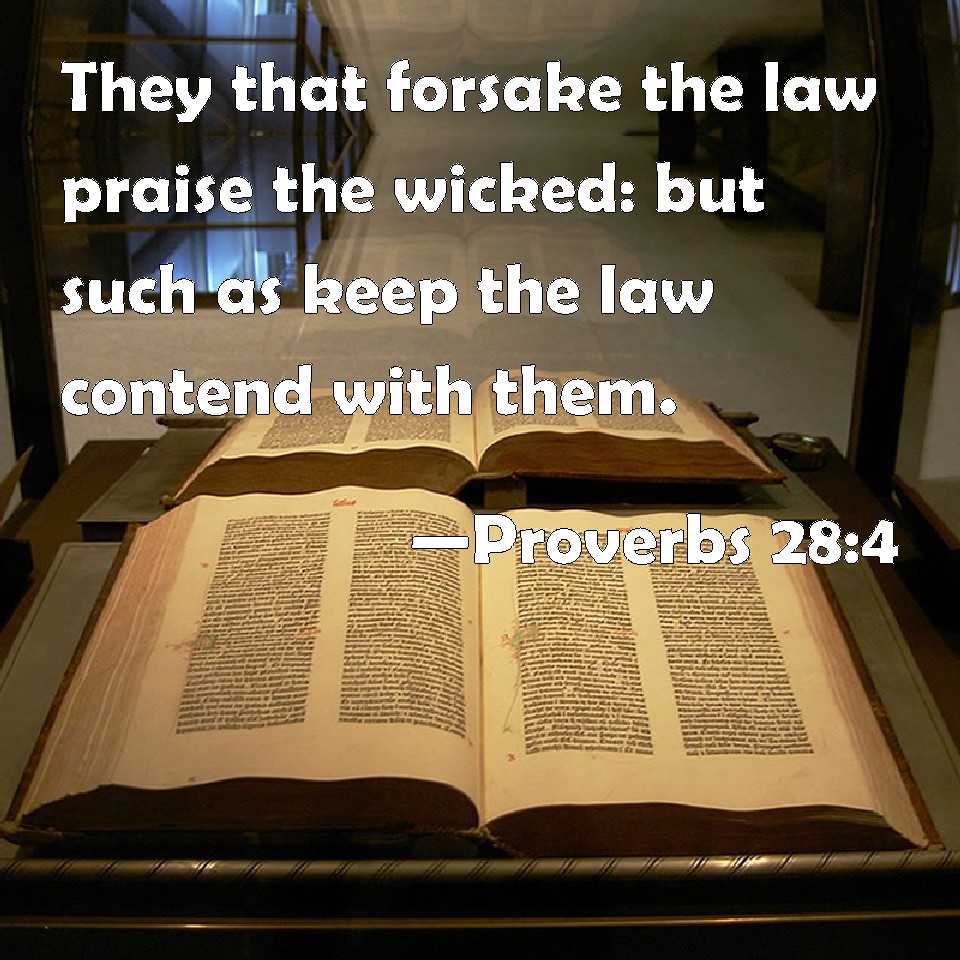 I am contending against the EVIL of not only Trump, but of ALL Liberalism. I will NOT forsake The Law of God to praise a very unworthy man. 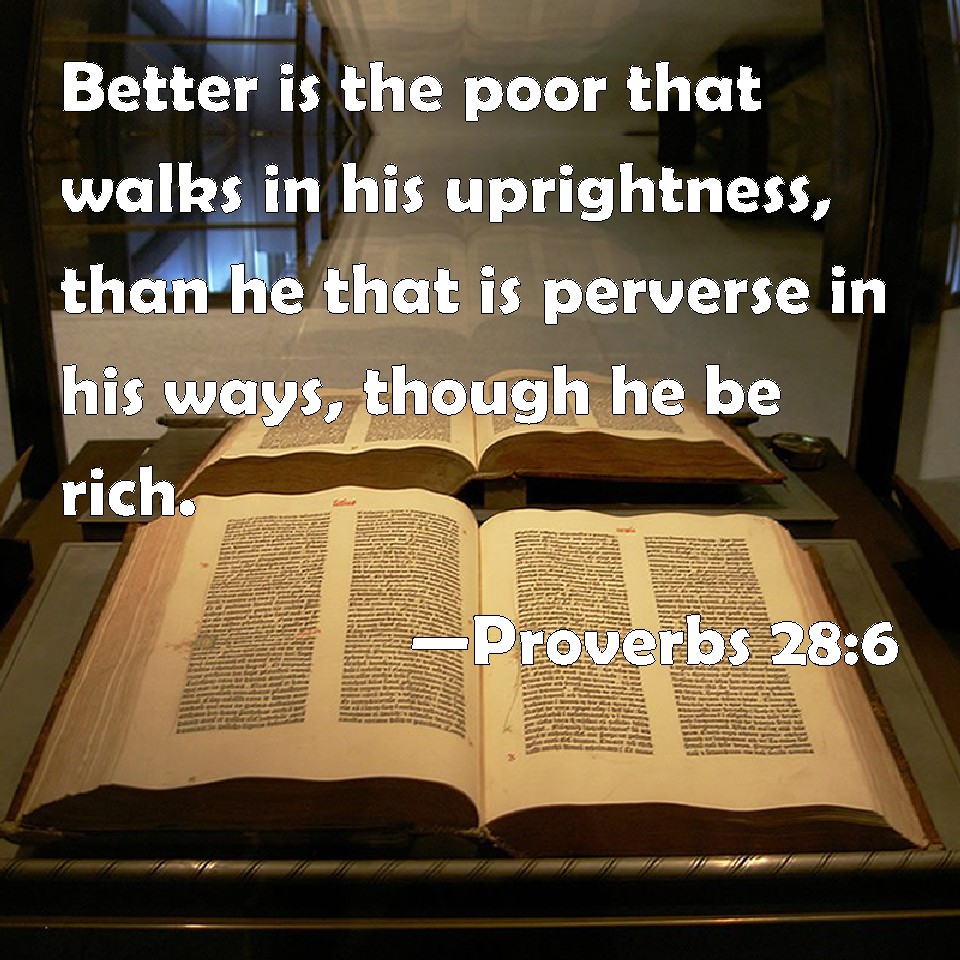 How can anyone, especially a Christian, read The Holy Scriptures and NOT see that THIS IS Trump?!!

15 As a roaring lion, and a ranging bear; so is a wicked ruler over the poor people.

16 The prince that wanteth understanding is also a great oppressor: but he that hateth covetousness shall prolong his days.

THAT IS Trump. Clearly. 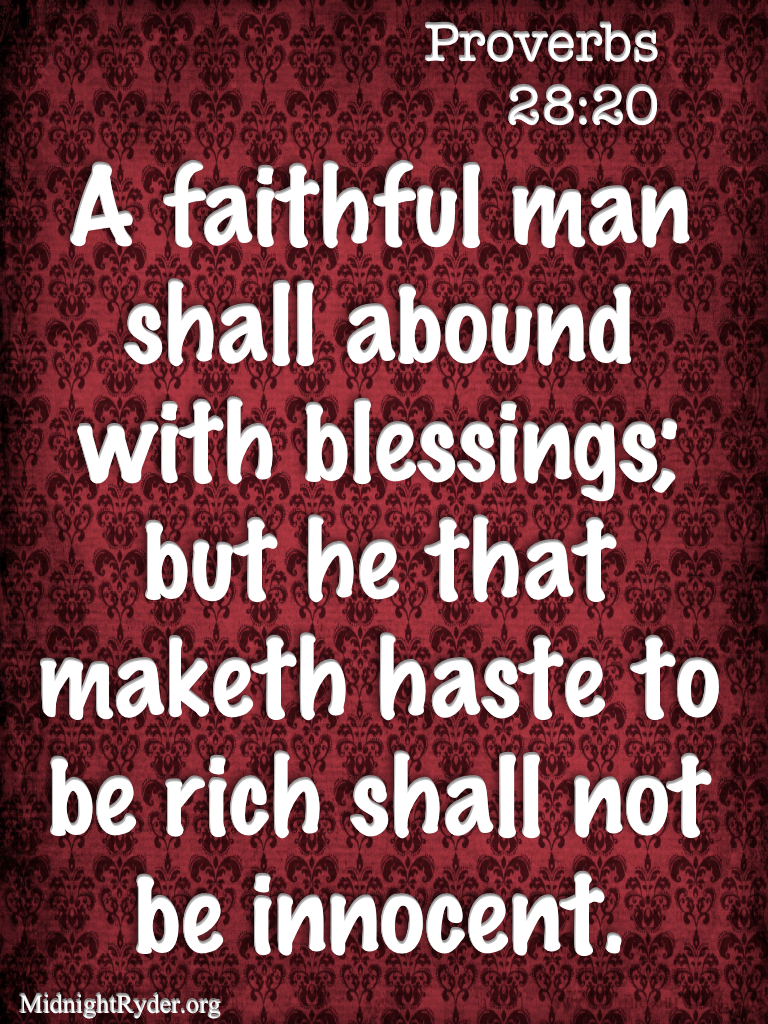 CLEARLY THE LATTER IS TRUMP. 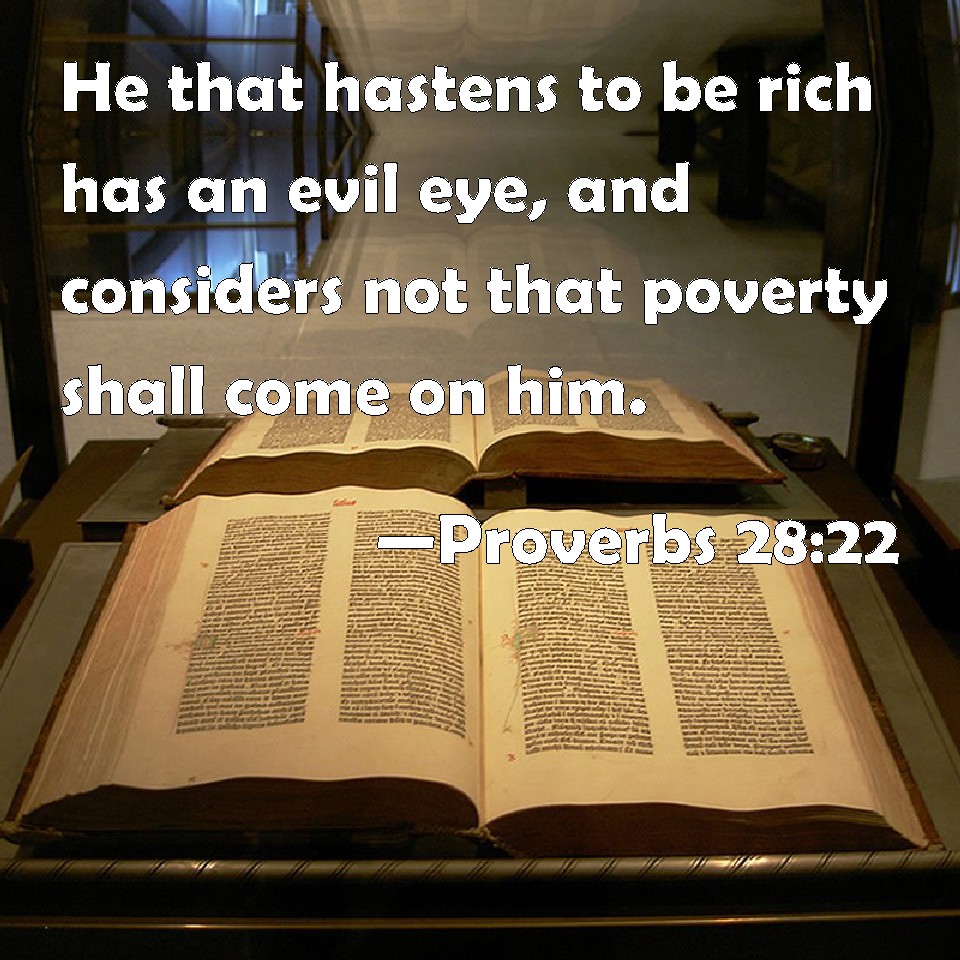 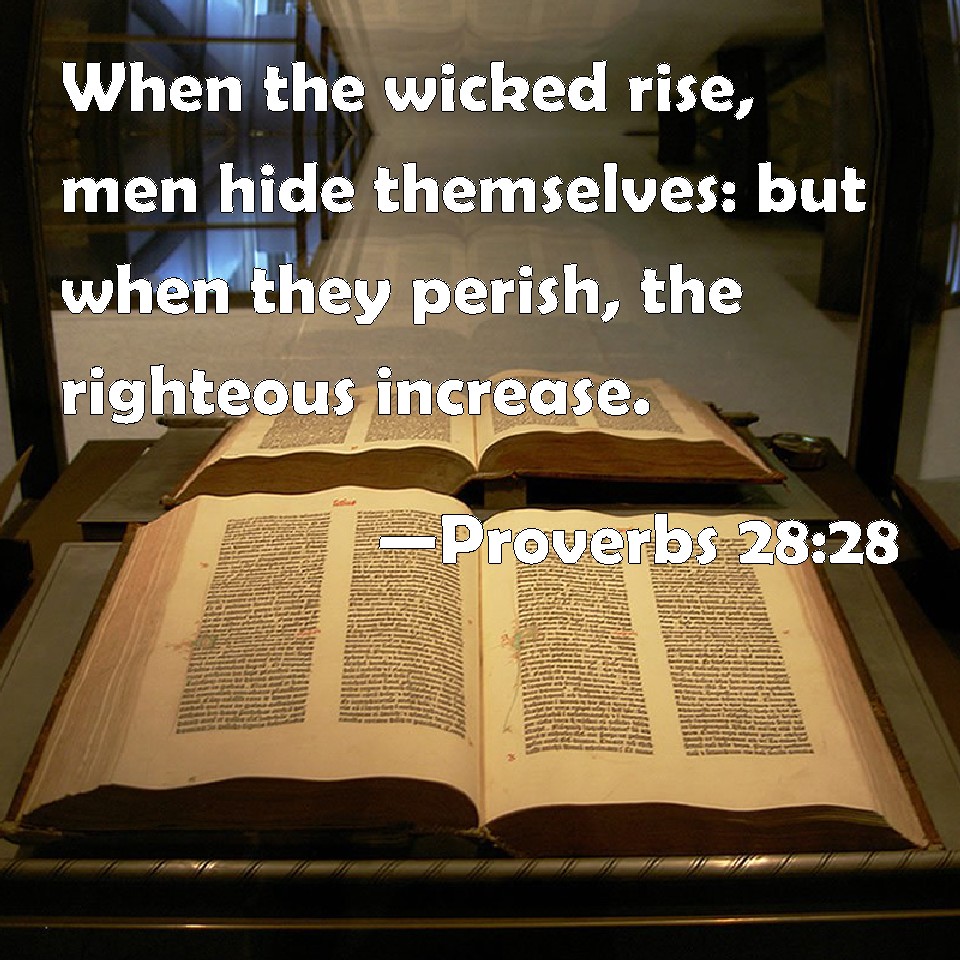 TRUMP IS THE LATTER PART OF THIS SCRIPTURE, THE WICKED. 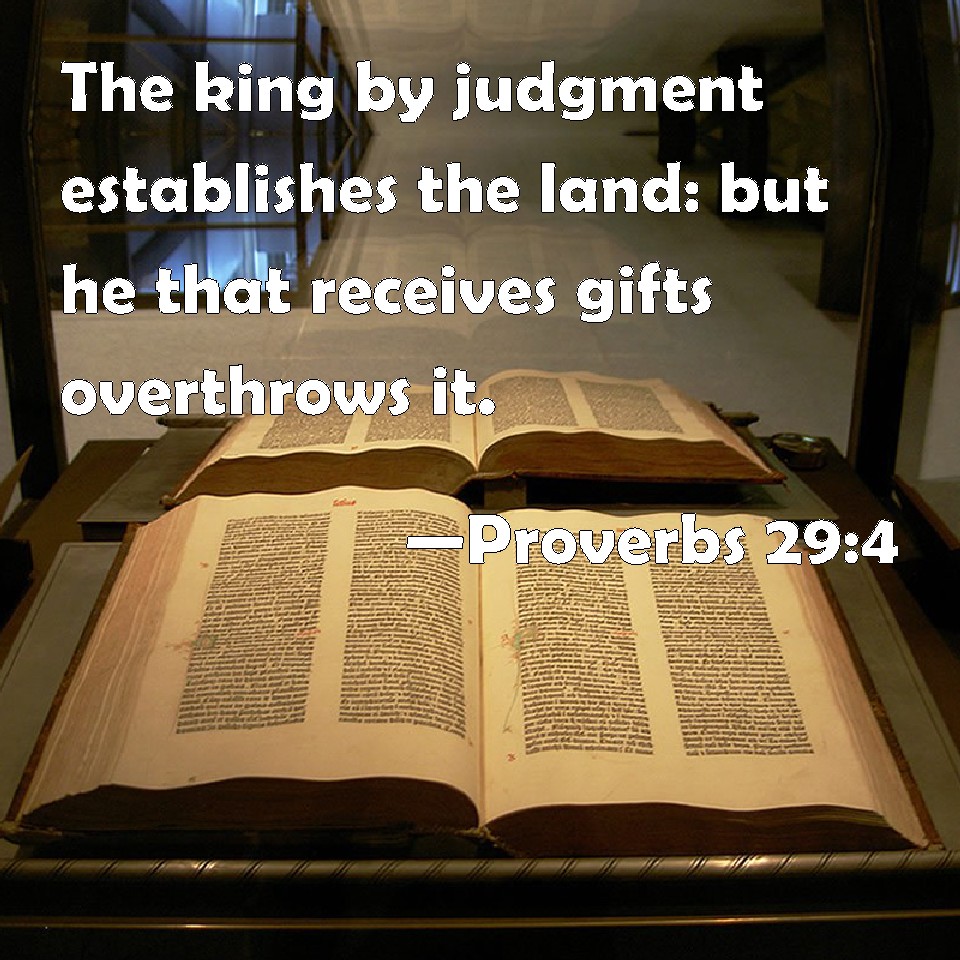 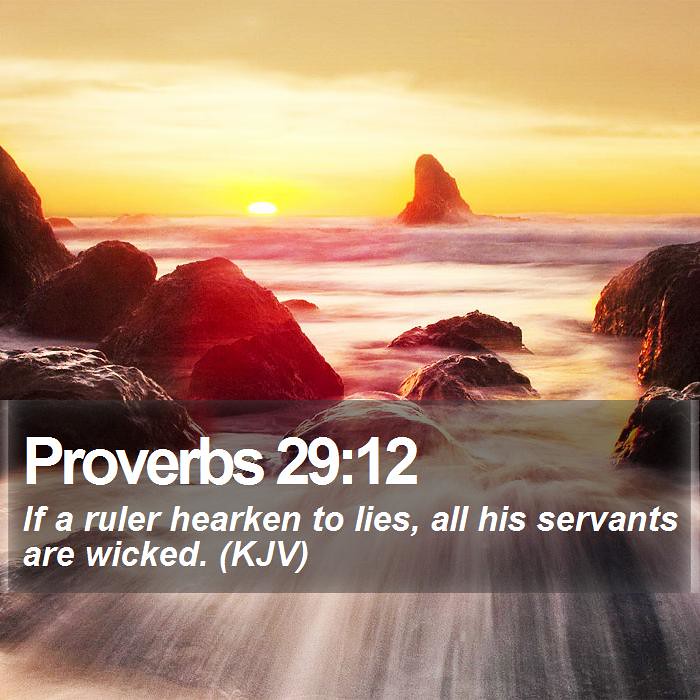 To WILLINGLY ASSOCIATE and BEFRIEND the Wicked IS to BE wicked. That IS Trump and his Defenders. 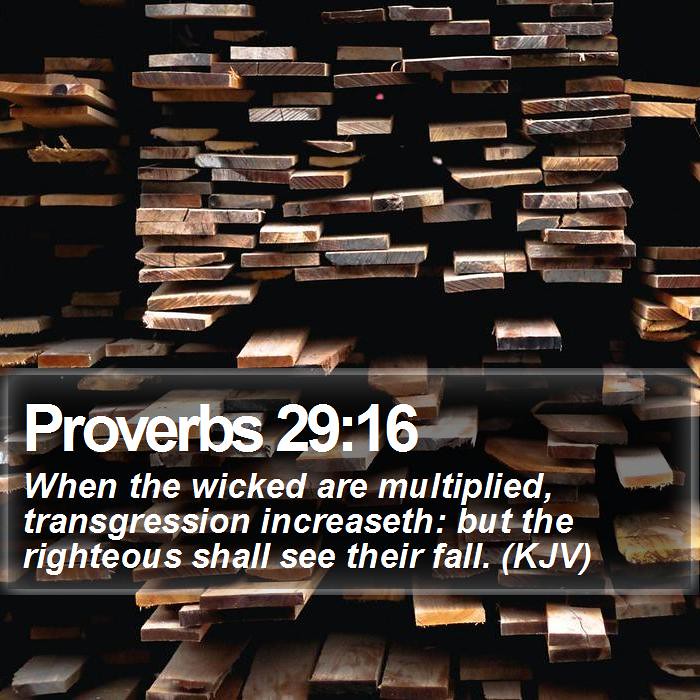 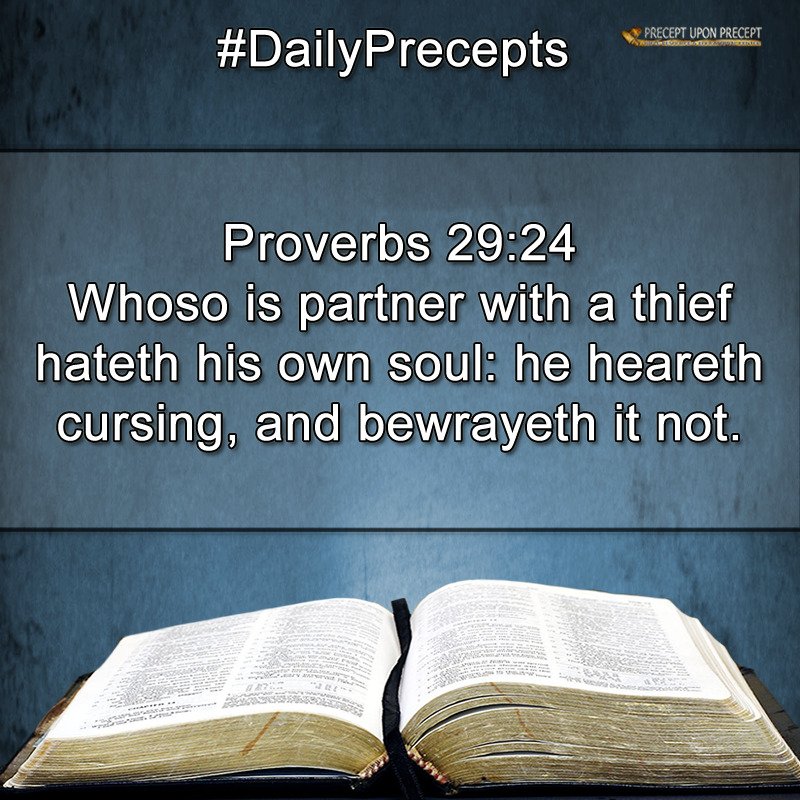 Trump supporters, are YOU listening?? 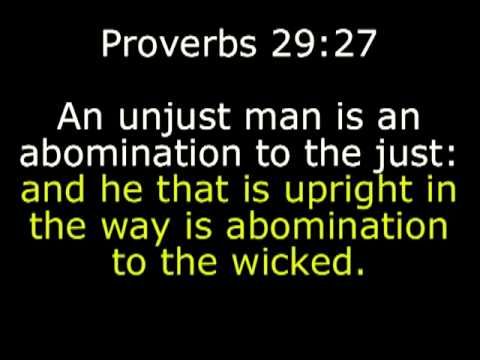 36 And the king shall do according to his will; and he shall exalt himself, and magnify himself above every god, and shall speak marvellous things against the God of gods, and shall prosper till the indignation be accomplished: for that that is determined shall be done.

37 Neither shall he regard the God of his fathers, nor the desire of women, nor regard any god: for he shall magnify himself above all.

38 But in his estate shall he honour the God of forces: and a god whom his fathers knew not shall he honour with gold, and silver, and with precious stones, and pleasant things.

39 Thus shall he do in the most strong holds with a strange god, whom he shall acknowledge and increase with glory: and he shall cause them to rule over many, and shall divide the land for gain.

That speaks of The Anti-Christ, but Scripture speaks of “many antichrists” as forerunners to THE Anti-Christ.

2 That ye be not soon shaken in mind, or be troubled, neither by spirit, nor by word, nor by letter as from us, as that the day of Christ is at hand.

3 Let no man deceive you by any means: for that day shall not come, except there come a falling away first, and that man of sin be revealed, the son of perdition;

4 Who opposeth and exalteth himself above all that is called God, or that is worshipped; so that he as God sitteth in the temple of God, shewing himself that he is God.

5 Remember ye not, that, when I was yet with you, I told you these things?

6 And now ye know what withholdeth that he might be revealed in his time.

7 For the mystery of iniquity doth already work: only he who now letteth will let, until he be taken out of the way.

8 And then shall that Wicked be revealed, whom the Lord shall consume with the spirit of his mouth, and shall destroy with the brightness of his coming:

9 Even him, whose coming is after the working of Satan with all power and signs and lying wonders,

10 And with all deceivableness of unrighteousness in them that perish; because they received not the love of the truth, that they might be saved.

11 And for this cause God shall send them strong delusion, that they should believe a lie:

12 That they all might be damned who believed not the truth, but had pleasure in unrighteousness.

What Christian, KNOWING The Scripture can read ALL this and deny that this firmly, clearly, and directly speaks of Trump and his defenders and followers?!!

19 Because that which may be known of God is manifest in them; for God hath shewed it unto them.

20 For the invisible things of him from the creation of the world are clearly seen, being understood by the things that are made, even his eternal power and Godhead; so that they are without excuse:

21 Because that, when they knew God, they glorified him not as God, neither were thankful; but became vain in their imaginations, and their foolish heart was darkened.

22 Professing themselves to be wise, they became fools,

23 And changed the glory of the uncorruptible God into an image made like to corruptible man, and to birds, and fourfooted beasts, and creeping things.

24 Wherefore God also gave them up to uncleanness through the lusts of their own hearts, to dishonour their own bodies between themselves:

25 Who changed the truth of God into a lie, and worshipped and served the creature more than the Creator, who is blessed for ever. Amen.

26 For this cause God gave them up unto vile affections: for even their women did change the natural use into that which is against nature:

27 And likewise also the men, leaving the natural use of the woman, burned in their lust one toward another; men with men working that which is unseemly, and receiving in themselves that recompence of their error which was meet.

28 And even as they did not like to retain God in their knowledge, God gave them over to a reprobate mind, to do those things which are not convenient;

32 Who knowing the judgment of God, that they which commit such things are worthy of death, not only do the same, but have pleasure in them that do them.

THIS DIRECTLY APPLIES TO TRUMP AND HIS DEFENDERS.

16 This I say then, Walk in the Spirit, and ye shall not fulfil the lust of the flesh.

17 For the flesh lusteth against the Spirit, and the Spirit against the flesh: and these are contrary the one to the other: so that ye cannot do the things that ye would.

18 But if ye be led of the Spirit, ye are not under the law.

19 Now the works of the flesh are manifest, which are these; Adultery, fornication, uncleanness, lasciviousness,

21 Envyings, murders, drunkenness, revellings, and such like: of the which I tell you before, as I have also told you in time past, that they which do such things shall not inherit the kingdom of God.

22 But the fruit of the Spirit is love, joy, peace, longsuffering, gentleness, goodness, faith,

23 Meekness, temperance: against such there is no law.

24 And they that are Christ’s have crucified the flesh with the affections and lusts.

14 Be ye not unequally yoked together with unbelievers: for what fellowship hath righteousness with unrighteousness? and what communion hath light with darkness?

15 And what concord hath Christ with Belial? or what part hath he that believeth with an infidel?

16 And what agreement hath the temple of God with idols? for ye are the temple of the living God; as God hath said, I will dwell in them, and walk in them; and I will be their God, and they shall be my people.

17 Wherefore come out from among them, and be ye separate, saith the Lord, and touch not the unclean thing; and I will receive you.

18 And will be a Father unto you, and ye shall be my sons and daughters, saith the Lord Almighty.

7 Having therefore these promises, dearly beloved, let us cleanse ourselves from all filthiness of the flesh and spirit, perfecting holiness in the fear of God. 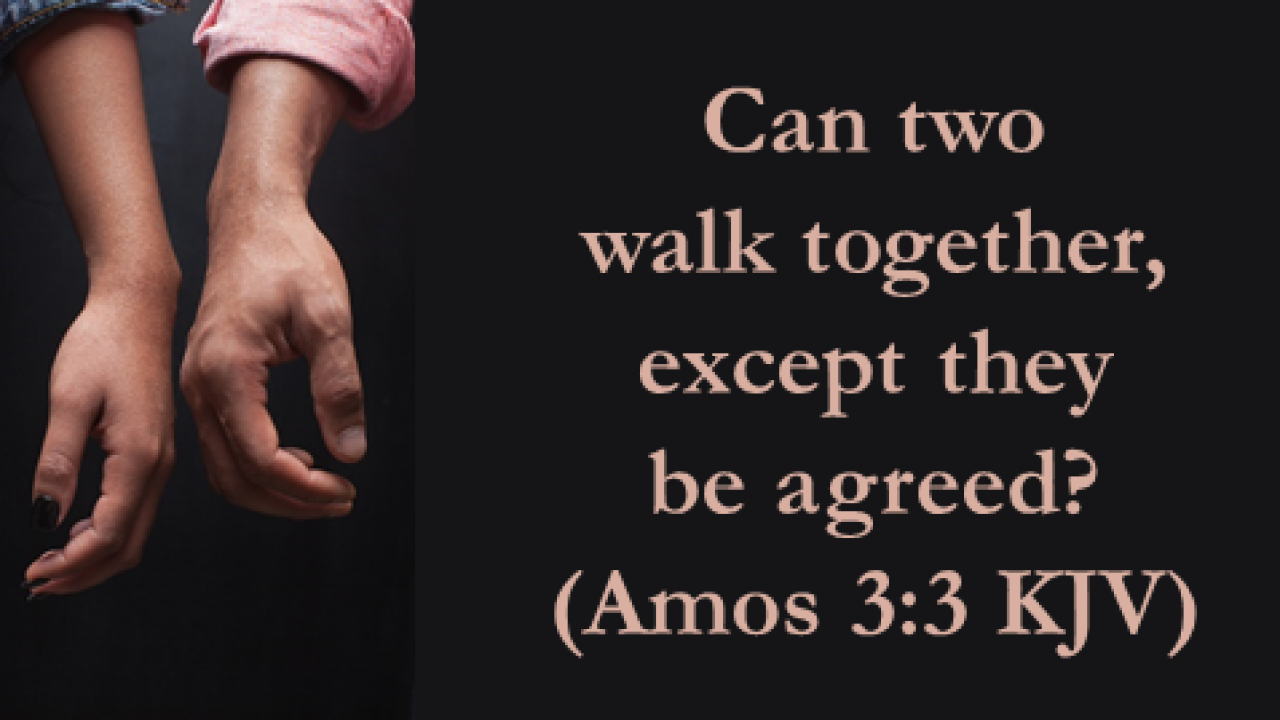 Christian, you can NO longer defend, support, or walk with Trump in ignorance. If you walk with him any further it is because you’ve chose to follow a wicked, dishonorable, vile man. And that means YOU ARE IN AGREEMENT WITH HIM.