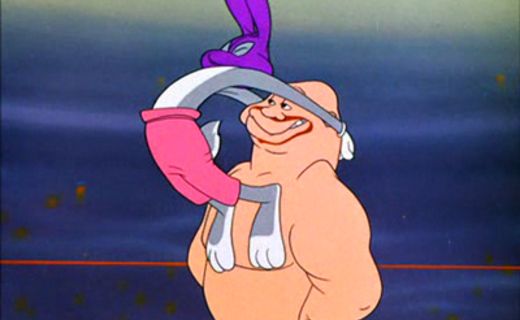 FIRST, THE YEAR-IN/YEAR-OUT, REIGNING CHAMPION OF THE DISEASE WORLD…”COMMON FLU”…

The burden of influenza disease in the United States can vary widely and is determined by a number of factors including the characteristics of circulating viruses, the timing of the season, how well the vaccine is working to protect against illness, and how many people got vaccinated. While the impact of flu varies, it places a substantial burden on the health of people in the United States each year.

THOSE NUMBERS ARE JUST FOR THE UNITED STATES.

NOW A LOOK AT THE GLOBAL NUMBERS FOR COVID-19/CORONAVIRUS.

COMPARING THE TWO SIDE-BY-SIDE: A TALE OF THE TAPE

IN JUST THE U.S., we AVERAGE 21 MILLION CASES EACH YEAR, with an AVERAGE OF 24,500 DEATHS EACH YEAR, we can determine that “Common Flu” is far,and away MUCH WORSE/MUCH DEADLIER than upstart COVID-19/CORONAVIRUS is on an entire GLOBAL SCALE!!

As I close…questions and comments from friends, family and co-workers answered.

“Everyone is going to get COVID-19.” To make sure that he actually meant EVERYONE I asked him 3 times if he really meant that everyone WILL get COVID-19, each time he said yes.

Crikey! NOT even in ancient times did everyone get Leprosy!!!!

Of any and all diseases NOT EVERYONE GETS IT. DUH!

“When Trump several times on three back to back to back days said that taking Chloroquine Phosphate and Hydroxychloroquine was ‘a real game changer’ he wasn’t giving medical advise”.

Here is what Trump said:

The problem is this. The case study Trump refers to IS small and hastily designed even by the standards of Phase 1 studies.

So how often do infectious-disease drugs that enter Phase 2 studies reach the market? An analysis by the Biotechnology Industry Organization says they worked out only 27.5% of the time between 2009 and 2015.

That means that three-quarters of the time, medicines against infectious disease that looked promising in small studies either were ineffective or had side effects that made them unusable.

OR IN THIS CASE, DEADLY.

FACTS. You go to your doctor. She has conducted blood, urine, and other lab work on you.

Your doctor does not prescribe, aka tell you, to go get and ingest a full bar of Ex-Lax. But simply talks glowingly about it, talks up how they have a “feeling” it may be the “game changer” you need…[btw, you have ulcerated colitis!]

So, though not prescribed, her advise was: take Ex-Lax for ulcerated colitis. You thereby act on your doctor’s ADVISE and wind up in ER with explosive, rocket, green-apple splatter diarrhea…

NOW the above link takes you to an Arizona couple who heard Trump wax eloquent about taking Chloroquine Phosphate and Hydroxychloroquine.

BOTH end up in ER, the husband dies. As with “the doctor” so with The President.

Though NOT told to take something in a declarative, directive manner BOTH WERE ADVISED.

While you can argue the prudence of taking the word of ANYONE based on 3rd hand hearsay…that does NOT change the FACT that Trump three days in a row did indeed give medical advise…advise that he was NOT, and is NOT qualified to make.

At least in the instance with “the doctor” there were blood and lab work conducted. Trump is merely riffing on a trifling bit he saw or heard somewhere.

Is COVID-19 worse, or even as bad as other diseases we’ve faced?