Remember Helsinki? When Trump threw all 11 UNITED STATES INTEL AGENCIES, ALL our Allie’s Intel and American Patriotism “under the bus” to AGREE WITH PUTIN (OUR ENEMY), and take Putin’s word about the Russian interference in our 2016 elections that helped “elect”/SELECT Trump? Remember some wanted to believe that was an anomaly? Hey, it WASN’T.

First headlines, with links and excepts, then supporting commentary from Patriots on Twitter and FB…then close with a relish of other TrumPutin news and memes.

President Trump is denying a New York Times report that he was briefed on an alleged Russian effort to pay bounties to Taliban-linked militants to kill Western forces — including U.S. troops — in Afghanistan.

Citing unnamed officials, the Times report, published Friday, details how U.S. intelligence officials reached the conclusion about the secret payments and then briefed the president in March. The White House National Security Council conferred an interagency meeting that same month to discuss the matter, according to the report. The finding was also included in the President’s Daily Brief, according to the Times.

Trump denied the report in a series of tweets on Sunday, saying he was never briefed on the intelligence assessment.

“Nobody briefed or told me, @VP Pence, or Chief of Staff @MarkMeadows about the so-called attacks on our troops in Afghanistan by Russians, as reported through an ‘anonymous source’ by the Fake News @nytimes. Everybody is denying it & there have not been many attacks on us…..,” Trump said. [MY NOTES: “Denial” does NOT equate fact(s)/truth. ] …

…The White House denied on Saturday that the president had been briefed on the matter, but as the Times notes, press secretary Kayleigh McEnany did not push back on the substance of the intelligence assessment.

A statement Saturday by John Ratcliffe, the director of national intelligence, also denied that the president was briefed on the issue but also did not refute that Russia had offered bounties in exchange for attacks on U.S. forces.

The Times, in its reporting, does not specify how many troops may have been killed by insurgents seeking monetary reward but does say officials were confident that Russian operatives offered and paid bounties to militants for killing Americans. In a separate report by CNN, an unnamed European intelligence official said Russia also offered bounties for the killing of soldiers from the United Kingdom.

Pelosi on Trump: ‘With him, all roads lead to Putin’

Members of Congress seek answers on reports about Russian bounties on U.S. soldiers 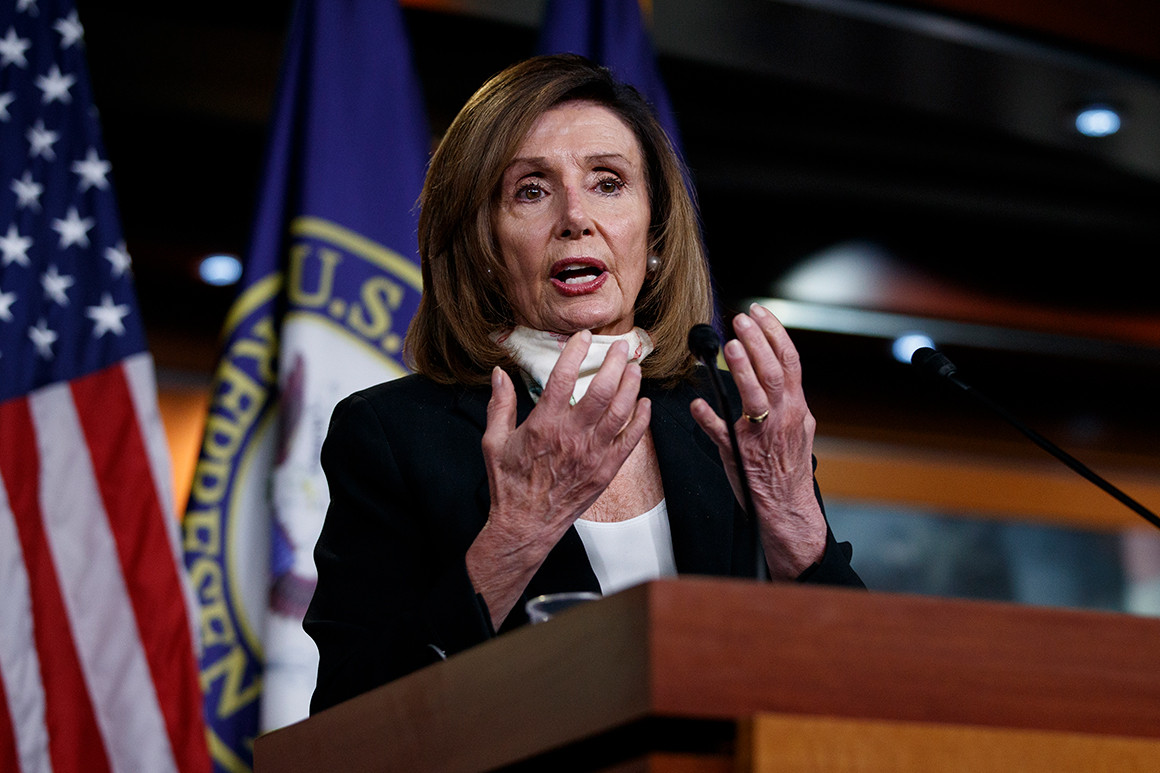 “Just as I have said to the president: With him, all roads lead to Putin,” Pelosi said, referring to Russian President Vladimir Putin. “I don’t know what the Russians have on the president, politically, personally, or financially.”

[MY NOTES: Putin/Russia may have a LOT on Trump…BUT…consider this: Trump is so vile, so greedy, so corrupt, so egotistical…that it may simply be that Putin uses flattery and “promises”, aka BRIBES, to get Trump to FREELY do what he is doing.]

The California Democrat, who is part of the so-called Gang of Eight that gets intelligence briefings, said she was not aware of the situation and has asked for a report to Congress.

“This is as bad as it gets, and yet the president will not confront the Russians on this score,” Pelosi said.

According to the Times report, published Friday, the bounties were offered amid peace talks to end the long-running war in Afghanistan. The report cites U.S. officials briefed on the intelligence, who also said President Donald Trump was made aware and the White House’s National Security Council discussed a response, but didn’t take action.

Donald Trump can take all his empty words about respecting our service and shove them. #TRE45ON #TraitorTrump

This is another great ad by The Lincoln Project that shows that Trump doesn’t care about our military. Russia put a bounty on our troops head and instead of defending our troops Trump defended Putin.

“Putin paid a bounty to kill American soldiers. @realDonaldTrump knew about it but did nothing. How can Trump lead America when he can’t even defend it?”
https://twitter.com/ProjectLincoln/status/1277034391710113793?s=07

Trump supporters are scrambling to say, “But Obama…”

Look. There is NO difference between Trump and Obama in policy and world-view…only in temperament…

Trump: What you’re seeing in the news ‘is not what’s happening” 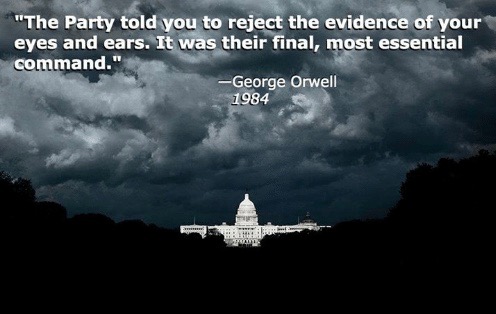 And if it did, it wasn’t that bad.

And if it was, it wasn’t illegal.

And if it was, it’s not our fault.

Is Trump perfect? No.

But does he wake up everyday and try to be better? Also no.

No scenario where this looks good.

Pres. briefed and did nothing = HORRIBLE

What the h*ll are we doing? Get this guy out of office already!

“Citing U.S. officials briefed on the intelligence, the Times reports that Russia last year offered and paid money to Taliban militants for killing coalition forces in Afghanistan, noting that 20 U.S. soldiers were killed in Afghanistan in 2019, though it’s not clear which were linked to the bounties.”
https://www.forbes.com/sites/mattperez/2020/06/26/report-russia-offered-bounties-for-taliban-militants-to-kill-us-soldiers-and-other-allies/#5d97cd887330

A Russian military intelligence unit offered bounties to militants in Afghanistan to kill U.S. soldiers and other NATO troops there, according to the New York Times, and the White House has been debating for months how it should respond.

Since Donald Trump learned that Putin put a bounty on U.S. troops in Afghanistan:

• Trump invited Russia to the G7

Not to mention how many times they have had phone calls. Calls we never know about & never know the contents of.

We have confirmed the ⁦

⁩ me and ⁦ A Russian military spy unit offered bounties to Taliban-linked militants to attack coalition forces in Afghanistan, including U.S. and British troops, in a striking escalation of the Kremlin’s hostility toward the United States, American intelligence has found.

The Russian operation, first reported by the New York Times, has generated an intense debate within the Trump administration about how best to respond to a troubling new tactic by a nation that most U.S. officials regard as a potential foe but that President Trump has frequently embraced as a friend, said the officials, who spoke on the condition of anonymity to discuss a sensitive intelligence matter.

The officials said administration leaders learned of reported bounties in recent months from U.S. intelligence agencies, prompting internal discussions, including a large interagency meeting in late March. According to one person familiar with the matter, the responses discussed at that meeting included sending a diplomatic communication to relay disapproval and authorizing new sanctions…

…This raises the obvious and very serious question: The US had intelligence that Russia was paying militants to kill US & allied troops, and officials decided NOT to tell the president or VP about it?

Did Trump know when he…

* Removed the fly overs from Russia

* Stated the pulling out U.S. troops out of Germany

* Sent millions in PPE to Russia

*# of injury and deaths in Afghanistan in past 6 months The ONLY Possible scenarios are:

1. Trump WAS briefed back in March. They “debated” (because Trump didn’t want to do ANYTHING about it). And ended up NOT doing ONE blasted thing. And that Trump *surprise* is lying about it.

THIS IS DELIBERATE, WILLFUL TREASON.

2. Trump was NOT briefed because the Intel and Military, and National Security deemed Trump a weak-link, a leak, and/or in Putin’s Pocket and decided it would be POINTLESS to tell PRESIDENT Trump because he has sided with Putin.

THIS IS A LEVEL OF DISTRUST OF A PRESIDENT DUE TO HIS INCOMPETENCE, IGNORANCE, AND CORRUPTION THAT IS MIND-BOGGLING SCARY.

In either case Trump needs to be REMOVED (wont happen except maybe at the next election).

What Do I think?

I think Trump WAS briefed back in March.

IS LYING ABOUT- AS USUAL.

ANNNDDD…THAT TRUMP IS A TRAITOR. period.

It is seeming like the ONLY POSSIBLE WAY to remove TrumPutin is to vote his treasonous carcass OUT!!!

LASTLY…A CHILD SHALL LEAD THEM…

REMEMBER: LIBERALISM IS STUPID, WRONG, FAILED, AND TREASON… REGARDLESS OF WHICH PARTY THEY CLAIM.