13 Ways Trump Is NOT Conservative

The label “Never Trump” is off the mark — not because true conservatives could potentially support Trump, but because our rejection of him has nothing to do with his name or who he is. Instead, rejection of Trump has everything to do with his policies and behavior as President. In more ways than not, his conduct has been antithetical to conservatism’s core, in direct tension with most everything for which we’ve claimed to fight in the past.

Put simply, Trump is not conservative. Here are just a few reasons why (in no particular order):

Just two years ago, conservatives were busy taking folks like Mitt Romney and Marco Rubio to task for being insufficiently conservative over miscues paling in comparison to Trump’s heresies.

The cult of hypocrisy that surrounds Trump today is killing our movement’s coherence. Doing a few things we might like doesn’t make up for a mountain of bad things that make a mockery of our beliefs.

So — if you consider yourself a conservative, but you’re wearing a red MAGA hat cheering the president’s every move, please look in the mirror.

Ask yourself if Trump really passes the conservative sniff test.

Then, snap out of it, throw the hat away, and let’s get back to our principles.

Remember all the way back to earlier THIS yes?

But what has “the-lying-24/7/365-Fraud” said or done recently that smacks of treason you ask?

Glad you asked, THIS is what…

“If This Isn’t Treason Then Nothing Is!” and “All Things Trump”

THIS COVERS TRUMP’S SIDING WITH TURKEY AND RUSSIA OVER OUR ALLIES THE KURDS AND OUR OWN MILITARY!

K.S.N./V.N.D. :More Fun And Treason With Trump And Putin

THIS COVERS TRUMP’S-AGAIN/STILL- SIDING WITH PUTIN/RUSSIA OVER ALL 17 U.S. INTEL AGENCIES, THE U.S. MILITARY, OUR ALLIES, AND AGREEING WITH PUTIN OVER RUSSIA MEDDLING IN OUR ELECTIONS!!!

The Rev. Riffs On Trump.

THIS SHOWS TRUMP’S CATERING AND KOWTOWING TO PUTIN/RUSSIA, HU/CHINA, N. KOREA…AGAIN OVER U.S. INTEL, MILITARY, AND OUR ALLIES!!!

WHY I AM #NEVERTRUMP

HERE ARE MANY OF MY PERSONAL REASONS WHY I CAN NEVER SUPPORT TRUMP, IT INCLUDES LINKS SHOWCASING HIS TREASON OVER AND OVER AGAIN.

How Does ANY Rational Person Defend And Support Trump?!!

HERE TRUMP HAS THE AUDACITY TO ADMIT THAT HE IS SMART ENOUGH TO COMMIT CRIMES!!!

This IS Reality: Plain and Simple

THIS IS A VERY DETAILED LOOK AT TRUMP’S CONNECTIONS TO RUSSIA, THE RUSSIAN MOB, AND TO PUTIN DATING BACK TO 1977!!!

Treason, Thy Name IS Trump.

Trump Pushed CIA to Give Intelligence to Kremlin, While Taking No Action Against Russia Arming Taliban

Why would the Russian government think it could get away with paying bounties to the Taliban to kill American soldiers? One answer to that question may be the extraordinary response that Moscow received when the Trump administration learned of a precursor to the bounty operation. From mid-2017 and into 2018, Pentagon officials became increasingly confident in intelligence reports that the Kremlin was arming the Taliban, which posed a significant threat to American and coalition forces on the ground in Afghanistan.

President Trump’s actions in the face of the Russia-Taliban arms program likely signaled a weak US resolve in the eyes of Putin and Russian military intelligence.

Three dimensions of Trump’s response are described in detail in this article, based on interviews with several former Trump administration officials who spoke to Just Security on the record.

First, President Trump decided not to confront Putin about supplying arms to the terrorist group. Second, during the very times in which U.S. military officials publicly raised concerns about the program’s threat to US forces, Trump undercut them. He embraced Putin, overtly and repeatedly, including at the historic summit in Helsinki. Third, behind the scenes, Trump directed the CIA to share intelligence information on counterterrorism with the Kremlin despite NO discernible reward, former intelligence officials who served in the Trump administration told Just Security.

Most of these officials emphasized, as a caution, the significant qualitative difference between arming the Taliban and paying bounties to kill American service members—a massive escalation. Unlike bounties, the Russian-Taliban arms program could also be potentially explained, or plausibly denied, by Moscow as an effort to assist the Taliban’s fight against the common enemy of ISIS. That said, the arms also reportedly became increasingly sophisticated in what appears to provide the Taliban an edge against NATO and Afghan government forces.

The failure to push back on the weapons program signaled to Putin that he could press further, said Michael Carpenter, Deputy Assistant Secretary of Defense with responsibility for Russia in the Obama administration. “When Western powers fail to push back, the Kremlin keeps prodding and probing — until it meets resistance, or until the costs for President Putin and his regime exceed the perceived benefits,” Carpenter wrote in Just Security on Friday…

Look, if this and everything else you’ve already been told about Trump doesn’t make you QUIT defending and supporting Trump…

God’s LOVE IS unconditional…BUT His mercy IS conditioned upon OUR GENUINE REPENTANCE, see Luke 13:1-5 , Luke 17:2 .

America as a nation NEEDS to repent.

America has needed to repent ever since 1963 when WE BANNED GOD. Read Leviticus 26 and Deuteronomy 28 .

“Yeah Brother Larry, BUT is America really that bad?”

Read these Scripture passages, then look around at what is ACTUALLY transpiring in America:

THOSE Scriptures and what is going on RIGHT NOW…The Holy Word of God depicted THESE days down to the last jot and tittle!

Have been very bad for 5 decades…and are only getting WORSE.

IF ever a nation NEEDED to repent it IS America…and repent NOW.

I’m going to close with a

OR at the best EXTREMELY DELUDED! 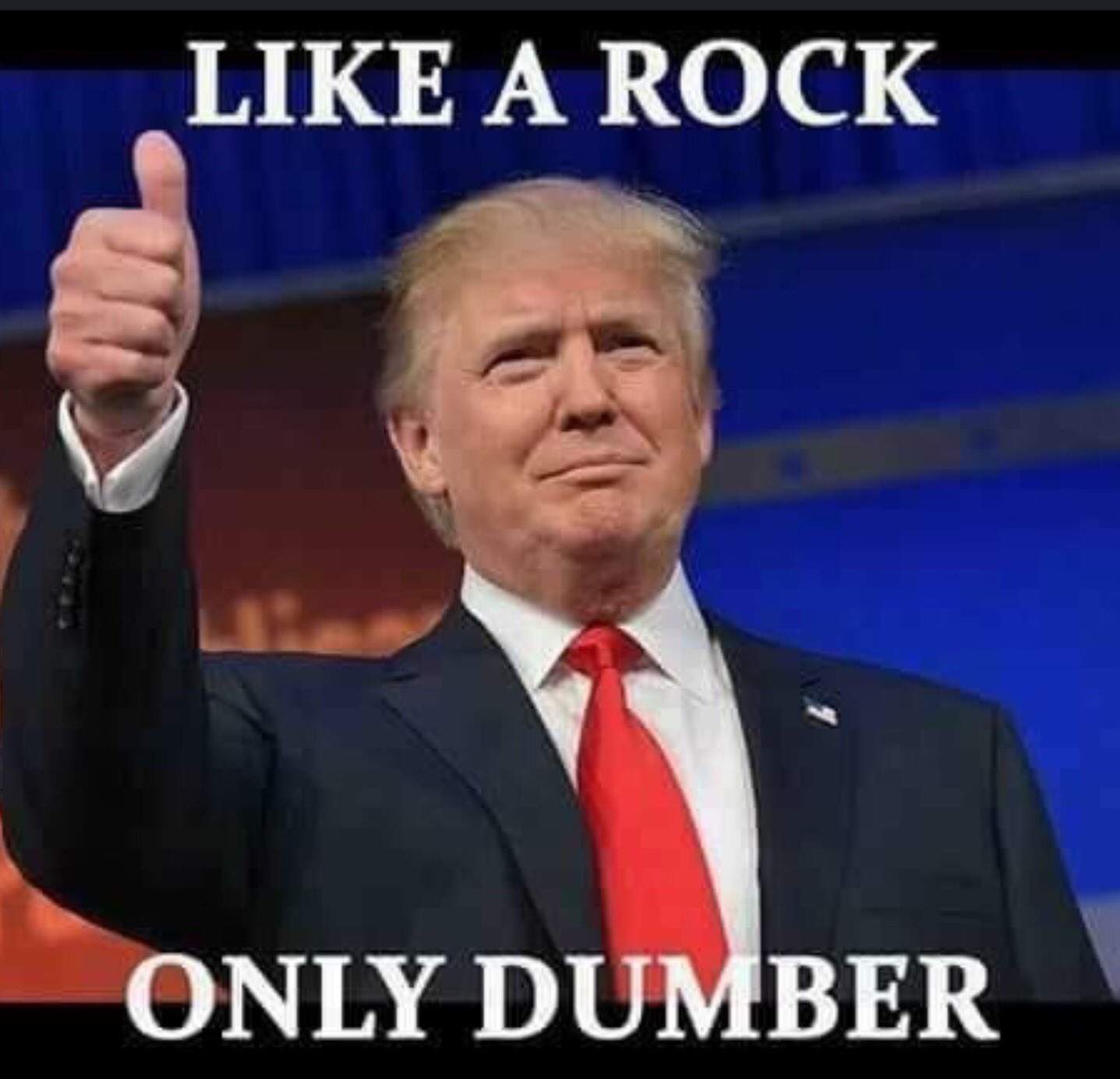 “The country has never before now elected somebody who is so manifestly unfit intellectually, morally, temperamentally, for the office of President of the United States”.. – Steve Schmidt, Republican

I am only 60 years old and I can’t recall in my life-time a more malignant, vile, wretched person to become President.

LBJ was a wretched, racist Leftist. Nixon was not far behind.

Clinton was a racist, pervert, and Leftist as well who sold/gave N. Korea and China Nuclear Rocket and Launching technology at least 14 different times.

Obama, though more civil acting, was as hard Left as they come.

But Trump is all the WORST of ALL of them put together in ONE vile, festering, Hard-Left, rude, racist, sexist, TRAITOR.

IF America even has the time to repent, I don’t think she has the WILL to.

I do NOT see the nation wide cry for repentance.

And I have been looking and listening for that for 44 years.

The ONLY Good News is that The Lord Jesus Christ is returning SOON for His Church.