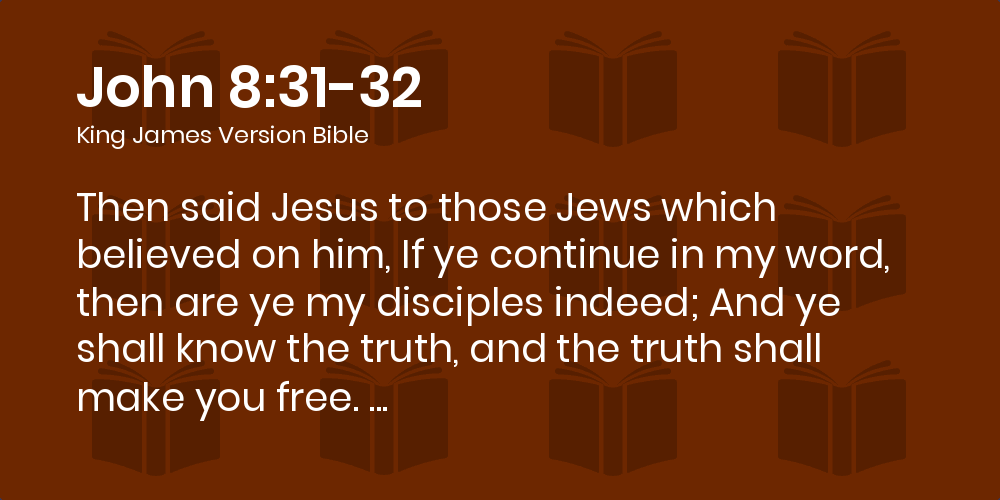 “Ye SHALL KNOW THE TRUTH…”

THEN IT IS POSSIBLE.

Our Guide-posts for seeking, studying, researching, discerning, and KNOWING Truth are:

4 But he answered and said, It is written, Man shall not live by bread alone, but by every word that proceedeth out of the mouth of God.

11 Thy word have I hid in mine heart, that I might not sin against thee.

89 For ever, O Lord, thy word is settled in heaven.

130 The entrance of thy words giveth light; it giveth understanding unto the simple.

8 The statutes of the Lord are right, rejoicing the heart: the commandment of the Lord is pure, enlightening the eyes.

9 The fear of the Lord is clean, enduring for ever: the judgments of the Lord are true and righteous altogether.

10 More to be desired are they than gold, yea, than much fine gold: sweeter also than honey and the honeycomb.

11 Moreover by them is thy servant warned: and in keeping of them there is great reward.

Let’s take a look at the Three Major groupings of Sources of information available to us, beginning with Truth.

11 These were more noble than those in Thessalonica, in that they received the word with all readiness of mind, and searched the scriptures daily, whether those things were so.

39 Search the scriptures; for in them ye think ye have eternal life: and they are they which testify of me.

15 Study to shew thyself approved unto God, a workman that needeth not to be ashamed, rightly dividing the word of truth.

16 All scripture is given by inspiration of God, and is profitable fordoctrine, for reproof, for correction, for instruction in righteousness:

17 That the man of God may be perfect, thoroughly furnished unto all good works.

19 We have also a more sure word of prophecy; whereunto ye do well that ye take heed, as unto a light that shineth in a dark place, until the day dawn, and the day star arise in your hearts:

4 Beloved, believe not every spirit, but try the spirits whether they are of God: because many false prophets are gone out into the world.

2 Hereby know ye the Spirit of God: Every spirit that confesseth that Jesus Christ is come in the flesh is of God:

3 And every spirit that confesseth not that Jesus Christ is come in the flesh is not of God: and this is that spirit of antichrist, whereof ye have heard that it should come; and even now already is it in the world.

Ezekiel 44:23-24 King James Version
23 And they shall teach my people the difference between the holy and profane, and cause them to discern between the unclean and the clean.

17 And they shall be mine, saith the Lord of hosts, in that day when I make up my jewels; and I will spare them, as a man spareth his own son that serveth him.

Let’s cull all that down to practical principles.

SPECIAL NOTE: ALL of God’s Word from Genesis 1:1 to Revelation 22:21 IS 100% inerrant, infallible, immutable, eternal TRUTH. That has NEVER changed, NOR will it ever change. But due to us still living and dealing with our fallen nature in battle with our Redeemed Nature it is WE who simply MUST pray, and then prayerfully seek out God and HIS Word so that we arrive at the understanding that HE meant for us to arrive at.

20 Knowing this FIRST, that NO prophecy of the scripture is of any private interpretation.

15 Study to shew thyself approved unto God, a workman that needeth not to be ashamed, rightly dividing the word of truth.

So let’s look individually at “The Three Sources Of Information” available to us, beginning with:

ALL of God’s Word IS Truth, and since every jot and every tittle are eternal, inerrant, and immutable…yet GOD still tells us to study, research, seek out, and believe HIS WORD. Then it is something we certainly need to follow through on with earnest prayer, and sincerity of heart and mind.

Jesus Christ said that we SHALL KNOW THE TRUTH. Since The Lord Jesus Christ is the one who said it THEN by reason it The Truth IS knowable. So as we read in Ezekiel and come across a prophecy we are not familiar with, cross-reference it with Daniel, Isaiah, Jeremiah, Zechariah, and Revelation. God’s Word will always explain God’s Word. God’s Word will NEVER contradict. Look at other passages and verses on the topic. STUDY. As we apply ourselves to the sincere and daily study of God’s Word Jesus said WE SHALL KNOW THE TRUTH. Since The Lord Jesus said it- IT MUST BE BOTH TRUE AND ACHIEVABLE.

Now a look at-

So I don’t have to repost everything I’ve said before let me link to other supportive articles:

Bias is: weight in favor of or against an idea or thing; a learned, acquired world-view; an inclination of temperament or outlook/world-view…

Every source IS biased due to every source having a person/people involved. ALL people have bias, because ALL people have a world-view, a core of beliefs, opinions, principles, and values that make them who they are and guide them. Biases are learned via nurturing, upbringing, education, and personal experiences.

IF we are encouraged, even commanded, to make diligent and prayerful study of The ONLY Source that IS 100% TRUE/TRUTH, then we must execute the utmost caution when using sources that by their very nature have some type of BIAS.

HOW does one do that though? Glad you asked. Here is HOW one sifts through sources that are biased and arrives at The Truth. First, PRAYERFULLY use the Scriptures above, follow the 9-Point Principles always as your pattern.

Secondly, use ALL the resources for information you have.

Then re-read. Re-study. Collect from ALL the sources what they ALL share/report. Study it from each angle. Cross-reference. Do an in depth Google search. Study yet some more.

You can never err by doing your due diligence.

NOTE: Every source has a bias. It is like the eye-witnesses at a trial. They ALL heard and saw “something”, it is the sifting through it ALL that will arrive at The Truth. The sources should be independent, they should be many, and from them get all the details that agree. Example:

When the plethora of MSM report on the conflicts and unrest in Israel it will go something like this:

Notice the Israelis were “aggressive”, and the Palestinians were “protesters”.

BUT…get PASS the headline, read down into the article, and about the 4th-6th paragraph will be The Truth…that goes like this:

Israel DID fire (not aggressively) upon the Palestinians, who were looters and rioters, NOT “peaceful protesters”.

What happened did happen.

Just NOT in the manner that it was “reported”.

“The gun fired five times into the victims body.”

TRUTH: “A woman in self-defense fired a gun at an assailant trying to rape her”. A gun was fired…a person shot. BUT the bias changes the tone of the story entirely. Though bias can be untrue, it still presents FACTS that, IF sifted and discerned properly you CAN KNOW what actually did happen.

Not so with out right LIES, aka “fake news”.

[SPECIAL NOTE: When I set out to research and write this article I KNEW there were a LOT of phony-baloney sources/sites…BUT I NEVER knew there were so MANY bogus sites. I give multiple links as sources so you can read further for yourself.]

Lastly, a look at-

For this part, since we’re addressing outright lies we will make a list of sources that are NOT at all reliable, verifiable, and 100% NOT credible. The following is from a post/announcement made in a FB Group I admin, then after that will follow an addendum of groups, people, and sources that are wholly NON-Credible:

The Last Line of Defense

Adapted and extended based on definitions used by Melissa Zimdars’ Open Sources project that classifies websites for credibility.

THE MOST RELIABLE NEWS SOURCES.

Well, there it is. The “Starter Kit” for how to KNOW THE TRUTH.

I will certainly view any claim made with the phony sources much more skeptically than before…and I didn’t trust them at all then.