In a few short weeks Biden has already enacted policies via EO (Executive Order) that have directly infected the economy for the bad.

Gas and oil prices are rising due to Biden’s EO’s on the Keystone Pipeline, Fracking, and “Going Green”. As gas and oil prices rise so will heating, transportation, shipping, airline ticket prices, and eventually everything MADE with oil and gas and/or transported by using oil and gas.

Liberalism’s claim to be “FOR the poor, downtrodden, working class, and struggling” is 100% on it’s face a lie. The Economy does NOT care which party or person the implementation of Liberal policies derives, all the economy knows is that Liberalism IS BAD for the economy.

No where that Liberalism (aka Big Government, aka Socialism, aka Communism/Marxism, aka Nazism/Fascism) has been implemented has it ever produced Liberty, Prosperity, and Growth. NO WHERE.

This article will be a look at various studies that have been conducted, the research, and the facts  they uncovered. The “Bottom Line” is: Liberty works. Big Government does NOT.

[NOTE: Though the example used above dealt with gas/oil, we will look a vast menu of Liberal ideas that Just DON’T work, and CAN’T work. Let’s commence shall we…]

[NOTE: This is in my estimation 2nd only to the Income Tax as the WORST assault on Liberty, Prosperity, and the Economy in general.]

Instituted by a Hard-Left Democrat the IRS and The Income Tax are unmitigated Marxism, and the first door open to Liberalism’s attack on America’s Free Market Economy:

Principled conservative lawmakers have been called many things as they doggedly pursue their quest for smaller government. In the House, liberals have resorted to using the “f” word — “fringe” — to describe small-government conservatives who have tried in vain to cut spending, eliminate frivolous earmarks, and reform failed welfare programs. 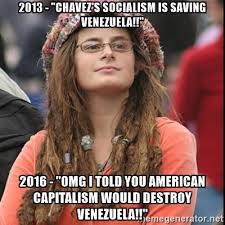 Shortly after taking office, Prime Minister Margaret Thatcher delivered a memorable speech in which she popularized the term “nanny state.” She warned: “We should not expect the state to appear in the guise of an extravagant good fairy at christening, a loquacious companion at every stage of life’s journey and the unknown mourner at every funeral.”

[NOTE: No wonder Liberals are so miserable. The policies THEY push hurt THEM the worst!]

“Finally, a cornerstone principle of conservatism is free trade, dating to Adam Smith’s fundamental economic theories, which have been substantiated by centuries of experience. Lowering tariff and non-tariff barriers to the free flow of goods and services generates higher national productivity, individual prosperity and, history teaches us, encourages nations to open up other avenues of freedom, such as recognition of private property rights, rule of law, and a commitment to limited government.”

Woke companies insult their customers to appease the Green

With his early rollout of sweeping executive orders aimed at the forced transformation of the U.S. energy sector, President Joe Biden will receive a helping hand from companies eager to be seen as thoroughly committed to saving the planet from climate change.

A month before Biden was sworn in, outdoor outfitter The North Face struck a blow for the climate by denying an order for 400 jackets from a Texas oil-and-gas services company. Adam Anderson, CEO of Houston-based Innovex Downhole Solutions, wanted to distribute the jackets with the company’s logo on them to his employees as a Christmas present. But The North Face turned down the order because Innovex is part of the petroleum industry.

In an act of hypocrisy stunning even by today’s standards, The North Face’s product line is heavily dependent on the industry it publicly disdains. The company’s hoodies, coats, gloves, snow pants, and other apparel along with its tents and back-pacts are made with nylon, polyester, and polyurethane – all of which come from petroleum.

According to Jeffrey Tucker, editorial director at the American Institute for Economic Research, Pepperdine University economist Gary Galles’ new book Pathways to Policy Failure “provides the pathway toward regaining the true understanding of economic success.” Galles, a champion of the market economy, echoes the Antifederalists who brought us the Bill of Rights in recognizing that government, given the chance, will always seek to increase its ability to maximize its power and squash free people.

In Galles’ view, markets are the primary means of accommodating differing personal tradeoffs within a society. Government policies that manipulate markets seek to tip the scales to accomplish “noble” goals (some not so noble), but usually fail to achieve their stated goals while also imposing huge costs on society.

This book, Galles says, illustrates the many ways that policymakers violate fundamental economic principles. He wonders, “How have people so often been convinced that what turned out to be policy failures, often egregious ones, were good ideas?” And in the book he traces the beginning of errors in U.S. policy to the founding of the nation.

Last article highlighting the egregious and EPIC FAILURE of Liberalism-

Could killing a plant that recycles 440,000 glass bottles a day possibly be considered Green?
The WSJ doesn’t think so (paywall):
“Portland declared a climate emergency last year, and the City Council voted to achieve net zero CO2 emissions by 2050. To meet this goal that would have no effect on the climate, Portland’s Bureau of Planning and Sustainability wants to impose some $11 million in annual fees on city businesses.”
“The state’s glass bottles would end up in landfills or be shipped out of state.”
The Greens who run America’s Pacific Coast have no idea what they are doing or whom they are hurting.

ALL LIBERALS ON ALL ISSUES.

In short Liberalism is just plain wrong, stupid, EPIC FAILURE, and evil. It NEVER works anywhere anytime. It CAN’T work. It is antithetical to nature and logic, rendering it an exercise in futility to even consider it.