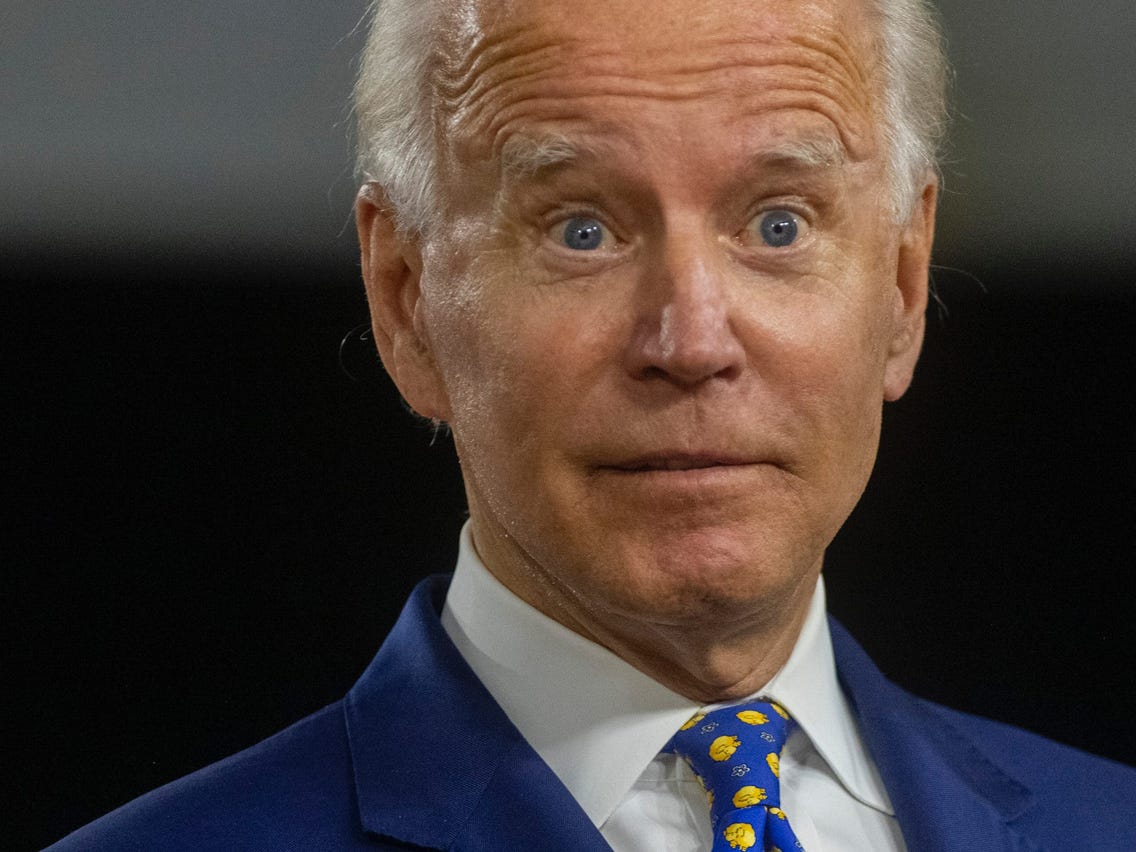 Did Biden Just Cut Off Ammo Supply to Law-Abiding Americans?

Let’s take a break from the chaos in Afghanistan to discuss what the Biden administration just did that could impact law-abiding Americans’ access to ammunition.

We’re already being pinched. The price of copper has reached historic highs. Stephen Gutowski of The Reload has been covering this story noting that we might not see some calibers, like 9MM and .223/.556 ammunition readily available for up to two years.

Yes, the Biden administration’s anti-gun agenda is impacting the situation, but the COVID pandemic saw nine million Americans become first-time gun owners. The latter part is a good thing, but increased demand, coupled with a White House that’s antagonistic towards Second Amendment rights and the price of materials has pinched the market. Now, the latest sanctions on Russian arms could compound the issues centering on access to ammunition.

Our own Cam Edwards said that one should now worry…for now. After a couple of years, however, it’s a different story.

Here’s the portion of the new sanctions Edwards highlighted, pursuant of the Chemical and Biological Weapons Control and Warfare Elimination Act of 1991.

The Biden administration imposed new sanctions on several Russian nationals and businesses on Friday in the latest response to the poisoning of Russian opposition leader Aleksey Navalny in August of 2020.

I’ve seen a lot of folks on social media say that this is a total ban on the importation of Russian ammunition (and many folks ignoring the word “firearms” in there as well), but I don’t read it that way. It looks to me that those U.S. companies that are currently permitted to import arms and ammunition manufactured in Russia can continue their operations as normal (at least for now), but no new permits will be issued, including those that are already in the pipeline.

If, however, their current permits expire while the sanctions are in place, they won’t be able to renew them. Late Friday, The Reload’s Stephen Gutowski reported that it could be up to two years for some companies, but that doesn’t mean that there aren’t distributors whose permits could expire long before then. According to Gutowski’s report, the National Shooting Sports Foundation is also investigating if the new sanctions will also “deny imports of popular collectible firearms like the Mosin-Nagant,” and are trying to get some answers from Customs and Border Patrol about how the agency plans to address the issue.

In the short term, not much will change for most gun owners. Cheap (at least relatively so) Russian ammo like Tulammo should still be available for sale here in the U.S., but as time goes on and existing permits expire gun owners will feel the effects of these particular sanctions, and far more than the Russians will. The sanctions are scheduled to last for twelve months, but could also be extended by the Biden administration instead of being allowed to expire, and my guess is they’re not going away as long as Biden (and Putin) are in charge. We could also see another round of more expansive sanctions which we’ll get to in just a moment…
=====

WHAT FREEDOM LOVERS ARE SAYING-

…Its easier to give the country away if it is unarmed.

Why hasn’t Biden rescinded the tariffs that Trump burdened us with?

The tariffs that caused prices to go up across the board on most everything.

It doesn’t require an act of congress to do that. Only a stroke of Biden’s pen.

I’m not going to hold my breath.

“The Left claims to be so tolerant. What they really mean though is that they are tolerant of evil. But, please, make no mistake, they are manifestly, supremely intolerant of objective truth and biblical morality.” [This includes Biden, Harris, Pelosi, Trump, McConnell, all R.I.N.Os, ALL Trumpers, and ALL Democrats.]

Whenever Liberals (again,this includes Biden, Harris, Pelosi, Trump, McConnell, all R.I.N.Os, ALL Trumpers, and ALL Democrats) say we need to “trust government”…”trust the (government sanctioned) science”… I say-

Some people are complaining about Government’s (state & Federal) failure to protect us from COVID and Wildfires. I think this is misguided, nanny-state mentality.

The government wasn’t created to protect us like children.

My issue is that the government is actively preventing us from protecting ourselves! Look at the innocent people killed in riots…yet if “vigilantes” show up to protect them, they would be the targets of police, not the thugs beating, robbing and killing people.

“Experience hath shewn, that even under the best forms of government those entrusted with power have, in time, and by slow operations, perverted it into tyranny.” –Thomas  Jefferson

Pentagon: “For the previous 24 hours, sixteen C-17s and one C-130 departed Kabul. These flights contained nearly 6,000 passengers including a couple hundred American citizens.

IF you believe that 0% of the “refugees” flooding into America from Afghnaistan are Taliban, Al Quaeda, or ISIS then you are gullible and DANGEROUS!

President Joe Biden and Gen. Mark Milley misled about the size of the Afghan army in the months leading up to the fall of Kabul, citing numbers that did not take into account things such as casualties, capture, and capitulation.

Biden said Monday, “We trained and equipped an Afghan military force of some 300,000 strong, incredibly well-equipped, a force larger in size than the militaries of many of our NATO allies.”…

…Those numbers were inflated, at minimum, by 25,000 to 50,000 — although, as SIGAR pointed out, the numbers were likely even further off than that due to the then-ongoing collapse of the Afghan forces.

So to recap Biden era:

1) Worst inflation in key sectors since at least 1982.

2) We re-enacted the fall of Saigon.

4) Already need a third booster for a “vaccine” that is only 8 months old.

5) Muzzle every single school kid regardless of what the science says about kids and Covid.

7) Argue for a medical Jim Crow.

8) Get back into Iran’s good graces.

11) Worst pork-laden spending bill in history, although to be fair all of these last 25 years we could say the same thing about.

12) Majority of Americans pessimistic about the future.